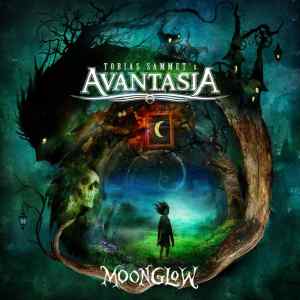 Much can be said about Tobias Sammet, but one cannot deny that the man is not ambitious; someone who released his first professional album while being underage and managing to gather some of Europe’s finest, and biggest Metal vocalists for his own Opera-like project, is something that can only be achieved by someone that knows what he wants and has no problem with aiming high.

Avantasia is, to me, Sammet’s biggest contribution to the Metal scene, specifically to Power Metal; it has become a project where many big names vocalist have gathered every couple of years to offer a dramatic and epic blend of music, and the fact that Sammet has managed to reunite so many different singers while still maintaining a few like Helloween’s Michael Kiske or Jorn Lande as constants is admirable.

Having said that, there’s no denying that Avantasia is a project where you know what you’re going to get. Thankfully, 2019’s Moonglow is a good example of what makes this project so fascinating and entertaining. They know they are not reinventing the wheel, but they want to be good at it and offer a quality project, which is what this album is all about.

Moonglow is as histrionic and bombastic as far as Avantasia albums go: it takes everything that you can expect from a group of this nature and takes it even further, which may appeal to some and be rejected by others (something intrinsic to music, really). It’s a very accessible album, but with a lot of catchy vocal melodies and a knack for epic, larger-than-life chorus.

Ghosts in the Moon starts like classic Sammet: that odd combination of Meat Loaf meets Blind Guardian and Helloween. After a slow piano opening, all the histrionics that have become part of Avantasia’s musical DNA take place and it’s a long, yet entertaining song. It’s not very different to what we have heard before from the band, if we remember the two parts of The Metal Opera, but I have to admit that Sammet sounds inspired here and the classical arrangements allow for a very pleasing experience.

This is followed by Book of Shallows, which shows a much more direct approach by giving drummer Bohnke a more prominent role and with guitarist Sacha Paeth adding a bit more heaviness with the riffs. Here we have the first vocal collaborations of the album: Blind Guardian’s Hansi Kürsch, Ronnie Atkins, Jorn Lande and, incredibly enough, Kreator’s Mille Petrozza. To hear the latter in an Avantasia album might be one of the most bizarre musical experience and it might not fit with the rest of the album’s musical direction, but I can’t help to find it very fun. The mix of Petrozza’s intensity with the song’s more intense approach allows for a very interesting song.

The title track allows us to slow a bit and we get to hear Blackmore’s Night vocalist, Candice Night. Now, she tends to generate pretty divisive opinions when it comes to her vocal style, but I think she fits with the poppy nature of this song. This is perhaps the most accessible track of the whole album and it’s more similar to Avantasia’s singles of past albums. I personally enjoy it, but it’s not one of my favorite songs of Moonglow.

I have to admit that I’m very drawn to bands that use Celtic influences in their sound and this is something that Avantasia does with the fourth track, The Raven Child. Sammet gives the first minutes to let Hansi Kürsch shine, a man that is very comfortable singing in tracks of this nature. Much like the album’s opener, this song is long, big and bombastic as heck, but one that flows like a clean ocean. Jorn Lande, one of the most recurrent vocalists in Avantasia, also appears and he is brilliant, as usual. Something that I enjoy about The Raven Child is how it shifts from softer sections to more dramatic ones, in a constant state of change–you get the feeling that the song doesn’t waste a single second. One of the album’s highlights.

Ronnie Atkins is another vocalist that is used to appear in this project and Starlight is where he gets his own chance to shine. Sammet’s vocal lines and the song’s arrangement reminds a little bit to one of the band’s biggest hits, Another Angel Down, but maybe that’s just me. Much like the title track, this is a very straightforward song and one with a lot of catchiness attached to it–it reeks of single everywhere.

Naturally, the biggest appeal of Avantasia is how you can adjust so many different vocalists within one particular musical framework. Invincible is a great example of this concept working so well: former Queensrÿche vocalist Geoff Tate feels like a fish on the water on this power ballad, reminding me of his work with Silent Lucidity with his former band. It feels almost like a calm, sweet interlude among the grandiloquence and histrionics of the rest of Moonglow, which is very welcomed–every good album requires a moment to rest, to slow down a bit.

Tate doesn’t leave us yet. Instead, we get to hear him once again with the next track, Alchemy. This one starts slow, with a few keyboards thrown in there, but then explodes with some of the heaviest and more direct riffs from the album. This feels like a modern Heavy Metal song, with Tate and Sammet doing a pretty good combo along with Sacha Paeth’s strong riff. My only complaint would be the chorus: it feels a bit generic. A bit predictable. It takes away from the song’s buildup and it loses momentum.

One song that truly got me from the opening riffs was The Piper at the Gates of Dawn –nothing to do with Pink Floyd, by the way-, where Sammet is complemented by the likes of Eric Martin, Lande, Atkins, Tate and Magnum’s Bob Catley. It’s modern Avantasia in a nutshell: a very direct song, many multiple vocal combination and melodies that stay in your head after just one listen. I’m the first one to admit that Sammet really has a musical formula in most of the Avantasia albums, but the man makes it work–there can’t be no denying there.

Lavender is one of those tracks that were made to be sung by Bob Catley. I could even go as far as stating that this song could easily be in the majority of the recent Magnum albums. It fits Catley like a glove and this track is one of the strongest of the album. Perhaps my only gripe with Lavender is that I would like Catley to have the lead vocals because it truly fits his vocal style, but, hey, this is Sammet’s project, right? I like the classical arrangements and how they provide a very sophisticated feel to the whole song. A great song where the Meat Loaf influences are also felt.

The standard version of the album ends with Requiem for a Dream and it’s one of the most solid songs of Moonglow, complemented with one of Paeth’s best guitar riffs in the album. It starts slow and then proceeds to become a Power Metal fest, with Sammet being accompanied by none other than Helloween’s very own Michael Kiske. The song is fast-paced, uplifting and with the kind of dramatism that is intrinsic to Avantasia at this stage of its existence.

The album ends with a catchy cover of Michael Sembello’s Maniac, getting the Avantasia treatment with Sammet and Martin. I have to admit that I find the song catchy as all kinds of hell and I ended up singing along (yes, I know, I’m a cheap client). Martin does a pretty good job, showing how much of a pro he really is. Heart is a bonus track and I have to say that it ends the album on a low note–nothing against the song, but I just find it a bit average and a bit lacking compared to the rest of the album.

Moonglow is not an album that reinvents Avantasia in any shape of form and that might be good or bad, depending on your perception of the band. I personally find it enjoyable and entertaining, with a band very conscious of what they are trying to do. I might would have liked that the guests vocalists would have had a bigger role, but that is minor complain.

A good album, a good proposal.