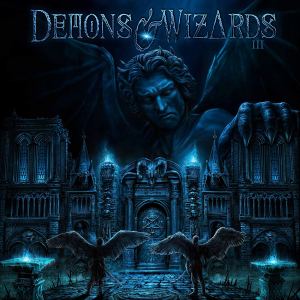 Demons & Wizards are a progressive power metal supergroup of titanic proportions. Originally formed in 1999 as the brainchild of Jon Schaffer (Iced Earth) and Hansi Kürsch (Blind Guardian), they released their first two studio albums, “Demons & Wizards” (2000) and “Touched by the Crimson King” (2005), to critical and public acclaim.

Fusing Kürsch’s iconically fierce vocals with Schaffer’s dark, dynamic composition and heavy riffing, it’s easy to understand why this collaboration has found the success it has. And their latest release, the aptly-titled III, is a welcome (and long-awaited) addition to that legacy.

Kürsch’s mystical lyrics speak of ascension and descension, ravens and wolves, majesty and depravity, and the atmosphere Schaffer provides, with all its peaks, valleys, and gallops, supports this very well. III is filled with both epic, earth-shattering riffs and tender melodies. And while
every song on the record is worthy of exploration, we’ll focus on five for the sake of brevity.

“Diabolic”, the opening track on the record (and, arguably, the darkest of the lot), sets the stage for what’s to come. It begins with a simple, ominous intro, the choir foreshadowing Schaffer’s impending riff, and opens into one of the heaviest moments of the entire record. The lyrics are chock-full of Luciferian imagery (as is the music video), so any anointed among you may want to steer clear. But the reprise at the end is delicate, haunting, and beautifully done.

“Invincible”, the second track on the record, begins humbly, but quickly breaks into the soaring chorus heard throughout. The lyrics speak of freedom, truth, and unity (a recurring theme found in following tracks). It ebbs and flows, building emotion with each swell, and leaves the listener
uplifted and rearing to continue.

“Timeless Spirit”, the fifth track on the record, is slow, somber, and contemplative. The lyrics speak of abandonment, regret, and inevitability. The opening duet of acoustic guitars sets the tone and outlines the soundscape throughout. It’s well-balanced, with both light and heavy
sections weaving back and forth, giving way to each other when need be.

“New Dawn”, the eighth track on the record, is downright regal (and my favourite of the lot). With seething lyrics on heresy, spiritual upheaval, and (un)holy fire, backed by a healthy dose of chugga-chugs and truly majestic transitions, there’s a lot to love here. The pacing is spot-on, and
it doesn’t overstay its welcome, leaving the listener immensely satisfied.

“Split”, the tenth track of the record, drop-kicks the listener onto a nihilistic, insanity-fueled train ride. It teeters between Schaffer’s furious riffing and lilting melodies, and Kürsch’s crazed vocals, ripping down the track at 100 miles per hour. It’s dark, it’s intense, and it’s a great ride.

Demons & Wizards have put together something pretty special. There are some questionable moments here and there, and a couple of pinches of power metal cheesiness (“Dark Side of Her Majesty”, I’m looking at you…), but nowhere near enough to become a distraction. III stands as
another testimony to the musicianship, creativity, and chemistry Kürsch and Schaffer share, and I’m excited to see what comes of it next. Give it a listen: You won’t regret it.

After 15 long years, Demons & Wizards have finally released their third studio album. And III has made it well worth the wait. 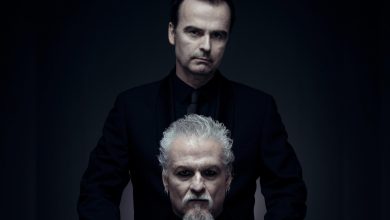 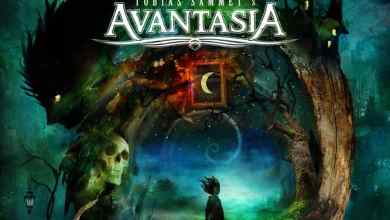