Folk rock trio Cellar Darling, have released a video for their track “Six Days.” The band says they wanted the song (which is about the last man left on earth) to have a stunning visual representation, so they teamed up with artist Costin Chioreanu, To make that happen.

Without any guidelines he has managed to capture the atmosphere perfectly, the video really shows what was inside Anna’s head when she wrote the lyrics and recorded the first demo in the middle of the night. When we further worked on this song we realised once more that we are not really bound to one style of music and that we have the freedom to expand our horizon even more – that‘s why this song will always have a special meaning to us. We hope you love it as much as we do!

“Six Days” is from the bands debut Album “This Is The Sound,” which is available on Nuclear Blast Records 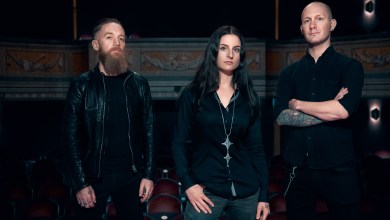