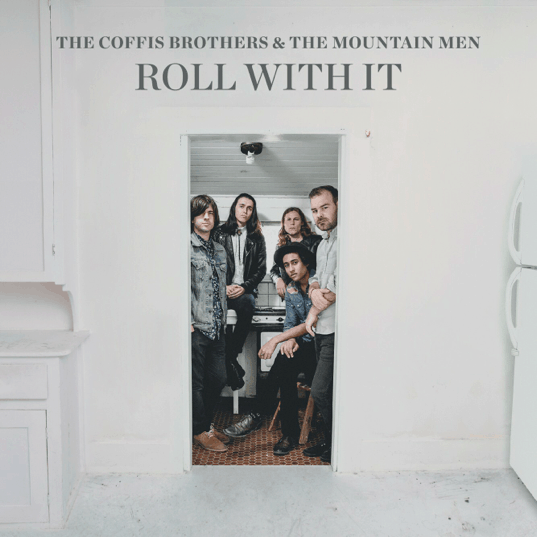 The band’s recent release, “Roll With It”, is a studio album featuring 11 original songs that showcase the band’s wide range of skills. The vibes of the album are immediately spontaneous and uplifting, as the group launches in “You and Me”, a perfect opener for this record. The track has a snappy and upbeat acoustic guitar patterns, aided by a simple, yet effect beat providing the perfect backbone to the track. The song has a great melodic approach to the vocals, as the guys stand out with their skillfully arranged vocal harmonies.

“Bad Luck” stands out as one of my favorite tracks on this record. I love the spotless slide guitar leads and the country/rock twist of this track, which really remind me of the late great Tom Petty, or a younger Ryan Adams. It truly is a stand out, and phenomenal track.

“Rough Like Rebels” also stands out, with its rich and luscious melody. The verses take a step back, highlighting the band’s incredible dynamic range, later kicking it up a notch during the chorus. The band is also able to show their most vulnerable side: tracks such as “What’s Wrong With Me” reveal the softest and most introspective songwriting side of this band’s music, finding its strength into those softest moments.

The quiet piano-driven ballad vibe alternates to hot moments such as the explosive “You Ain’t Got The Heart” or the bluesy rocker “Good For You”, highlighting the band’s broad sonic palette on this record.

The album closer, “Wild Love”, is a great comprise between quintessential country folk and pop music, channeling the swagger of early Bob Dylan and the timeless melodies of artists such as R.E.M. or Keith Urban, just to mention a few.

“Roll With It” manages to remain spontaneous, authentic and passionate through and through, all the while staying appealing and fresh, bringing a youthful vibe to the genre. The Coffis Brothers channeled a wide variety of influences on this latest album. The songs on this record echo the bold attitude of “electric” Bob Dylan, the energy of Tom Petty & The Heartbreakers, as well as the authentic emotional response of blues, folk and Americana.

The Coffis Brothers stand out for their personable approach to country music. Their sound is organic and spontaneous, staying from the genre’s slickest and most “overproduced” side, in favor of a more intimate take on their music, which truly brings a heightened sense of depth to their sound.