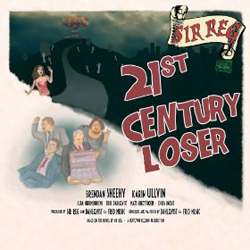 21st Century Loser is the album I wish Flogging Molly had released after Float. If they had it would’ve not only been seen as a return to the raw power and excitement of their first few albums, but would’ve represented some of the best songs in their catalogue to date. But with Flogging Molly sailing ever further into the (somewhat bland) modern rock sunset and away from the punkier aspects of their makeup, it’s up to bands like Sir Reg to keep the Celtic punk rock flame alight with high quality, well written, tight as an expired pickle jar songs with a message. They did it on their awe-inspiring self titled debut, they continued it on A Sign of the Times and they nail it all down with 21st Century Loser.

Sir Reg hail from Koping, Sweden but the band’s heart resides in Ireland. Vocalist Brendan Sheehy grew up on the Emerald Isle and the rich and rocky history of the country is reflected in all of their records, not only musically but lyrically as well. 21st Century Loser features some of their most hopeful and optimistic sentiments.

A call to their countrymen that picking themselves up and dusting off the ashes of the past is the only way to rise above it. This is no more apparent than on the songs We’ll Rise Again and Live For Today. Both songs feature beautiful melodies and hard driving rhythms, punctuated by Brendan Sheehy’s sincerity filled vocal style.

Karin’s violin is the vein that runs pulsating and quivering through the band’s nervous system. And whether it’s out front and center as in the title song, or whispering in behind as in City of Tragedy, it’s the track on which locomotive that is Sir Reg travels, carrying the stories from point A to B and holding it all together.

Erik’s drumming reminds me of Dave Grohl’s incessant pounding capabilities, hitting the skins with such force and precision they cause you to feel like you’re being repeatedly punched in the chest. A particularly acute example of this is on the track Raise Your Hand, which attacks the eardrums like a firing squad and calls out to that dying breed; the honest man who lives by his convictions.

The band as a whole is an impressive and talented unit of musical craftsmen and together create a full, expansive sound with the easy ability to fill any room their music finds itself.

Despite three critically acclaimed releases and a successful European tour in support of The Misfits, Sir Reg hasn’t yet received the recognition they deserve. This is due in part to the fact that they don’t travel to North America very often. But without a major label with deep, dark pockets overflowing with cash backing you, flying six people with all their gear overseas is a bit of an expense.

Here’s hoping that changes though and their fan base expands, which I have no doubt it will after the spider that is 21st Century Loser spins its web across the oceans and around the world. After all, until/unless Flogging Molly get back on track, the world needs another Celtic/Folk punk band to idolize. Sir Reg would fit those shoes snugly.

Sir Reg is now three for three with releasing an album that Celtic Punk fans will love. 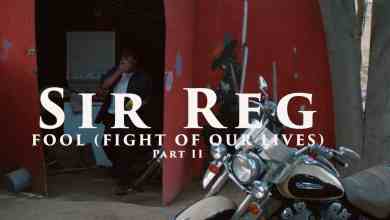 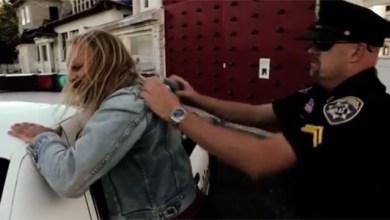 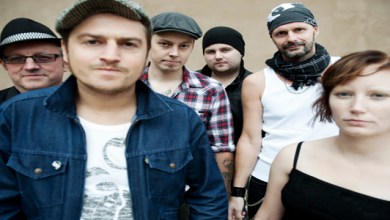