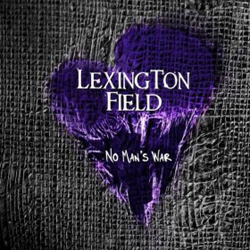 Despite their sound changing very little over the last three years (since the release of 2010’s ‘The Streets of Dover’ EP), Lexington Field’s sound has actually been climbing a ladder with each subsequent release -,and each subsequent ladder has rung examples of the band’s growth.

Cami Smith’s fiddling skills have been an impressive lynchpin to the sound of the band since day one, and she’s been sharpening them like a great axe – as if it’s blade is glistening in the sun, poised to come crashing down on the mixed bag of genres Lexington Field operate in.

‘Fiddle Fister’ kicks off the album lasting just under a minute with Cami’s quick fingered attack, complemented by the carefully timed splashing and rumbling of Vincent West’s DW filtered beats.

The band weaves their Celtic sensibilities into the reckless energy of 70’s punk with the gritty melodies that highlight bands like The Menzingers.

‘American Crow’ is the best example of this. Hitting with as much energy as anything put out by Rancid or Flatfoot 56, but with fiddlework that keeps everything sounding strangely beautiful, even prophetic. It all complements the patriotic “fight for what you think is right” mentality quite perfectly.

Bryan Hane’s guitar work in ‘Daniel Plainview Has A Drinking Problem’ is pretty impressive. Unfortunately, the lyrics do not directly reference the film ‘There Will Be Blood’ (one of the best films of all time for my money). That’s okay though, just the fact that they put Daniel Plainview’s name in the title is enough to get me excited.

‘Crazy Eyes,’ ‘Rest of Our Days’ and ‘The Chemical Workers Song’ features more of the old school punk vibe with ‘Rest’ standing out with some great guitar/fiddle interplay. ‘Chemical’ also stands out lyrically for its rousing use of gang vocals.

The banjo fulled ‘Dear Old Friend’ is an acoustic ballad lamenting on love lost, while ‘Here’s To You’ is an angry love song that at times croons and at other points rips and roars, as love does itself.

‘Pioneer’ and ‘Tumble’ are the slowest, most serious songs on the record. Easy moving acoustic ditties with (mostly) soft instrumentalism and dark, yet hopeful lyrics that yearn in their honesty for a fair chance at life.

Finally, ‘Variation Promontory’ and the scorching ‘Lady Arlington’ are two more songs built around Cami Smith’s incredible violin skills, and how tight and well-rounded the band as a whole has become in a few short years.

Lexington Field is a band whose career is following the trajectory of a water balloon. The more they put into it in shows and releases, the bigger it swells, fuller and fuller, until one day, probably not so far from now, they will be ready to burst upon the scene and saturate it in a way precious few Celtic punkers have.

‘No Man’s War’ is evidence of this. The faster, more aggressive songs hit the mark a little truer than the slower ones, and the aforementioned redundancy in some of their music is noticeable, while not being overly bothersome. Overall, though, it’s an album worth checking out, whether you’re familiar with the band or not. 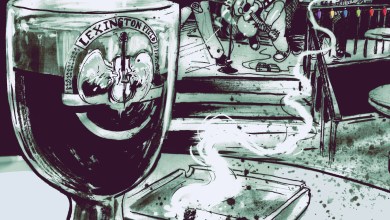 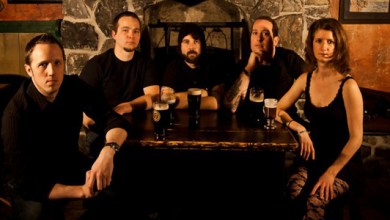 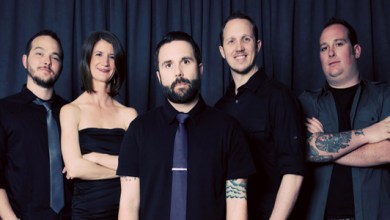 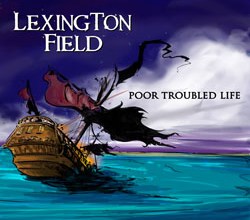