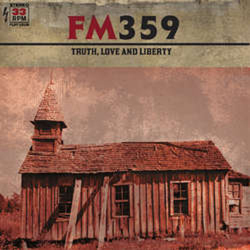 Folk inflected side projects seem to be popping up with greater frequency these days in the punk community. Members of bands as far reaching and influential as Bad Religion, Swingin’ Utters, Hot Water Music, Briggs, U.S. Bombs, Rancid, Social Distortion and more have all split off at one point or another to form solo, or full band second or third bands that pay tribute to the old country and classic Americana folk tunes.

When I heard that a couple of Street Dogs along with Rick Barton, and Hugh Morrison were making an album, I got excited. This group of guys is what you could consider a dream team in the New England punk scene. Street Dogs have always had folk/Celtic/country elements in their music, so it seems like a nice fit.

Strip away the hard edges of distorted guitars in songs like ‘Jaks’, ‘Into The Valley’ and ‘Rattle and Roll’, slow things down a step or two and you have some fine campfire tailored folk classics primed to inspire, excite and entice. However, what FM 359 brings with Truth, Love and Liberty is a sound that’s completely different.

Truth, Love and Liberty never fully abandons its punk roots, there are still a few subtle hints here and there, but the album takes great care to pay tribute to a bygone era of musical purity. Traditionalism with a modern twist, you might say. Even the recording sounds vintage, like it was fed through instruments and equipment from the 50’s, rather than the exacting supercomputers of today. The authentic sound is done so incredibly well.

One thing that immediately pulls you in with this record is how damned catchy it is. The lead song, ‘Some Folks’, is an upbeat, quick tempo’d country rocker that preaches humility and admonishes a holier-thanthou mindset, you can’t help but tap your toes to it.

‘I’ll Be On My Way’ is a Celtic-infused song with very traditional Woody Gutherie-like lyrics, and makes use of a bevy of instruments you might find at a Pogues jam session. The slower tempo’d ‘A Little Sign’ is an old school country tune you might imagine hearing in a smokey bar off a forgotten highway out in the boonies somewhere. ‘Forbidden Love’ is a rocky, hard edged chugger. The relationship anxiety that features in the lyrics fit the untrained, authentic quality of the vocals perfectly.

‘When the People Check Out’ is a catchy folk diddy, which was one of the first songs from the EP released a few months before the album. I heard, and sat my expectations high. ‘I Saw the Light’ is a punky country ripper that benefits again from the dual vocal’d grittiness. ‘Restless Man’ has an easy, careful tempo to match the melancholy longing in its story.

‘It Stays With Me’ is a beautiful song that feels like the end of the day, last song, last call, before disappearing into the black of night. Rather than leave the listener on a dour note though, Fm359’s Truth, Love and Liberty wraps up in much the same upbeat, optimistic vein as it started with the true patriotism of the Celtic jewel ‘Sons of Liberty.’

It’s a song you can, and must, dance to. A song that sounds immediately like one that’s been around forever and will be around forevermore. A song any man or woman with pride in their country, whatever country that may be, will immediately identify with. A touching sentiment to end an album that pays tribute to some of the most honest, uncompromising music that can only be described in one word: timeless.

Truth, Love and Liberty is a an outstanding album from a group of artist that can bring diversity into their music, and make it work. 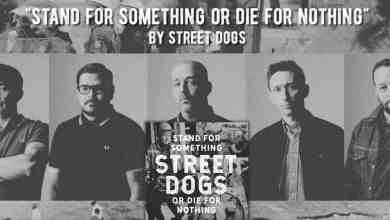 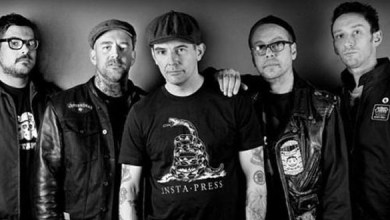 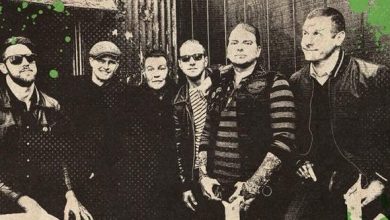 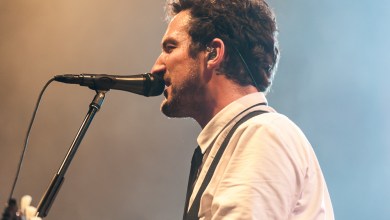