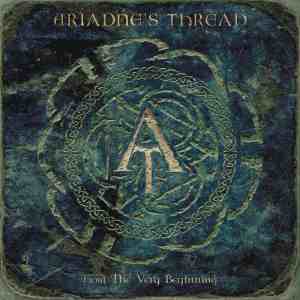 It is safe to say that Ariadne’s Thread is not your average band. This music project came together early in 2018 when Polish vocalist Adrianna Zborowska decided to start a new outlet for her songwriting. Hailing from Krakow, the singer is well-known for her work with folk metal group Netherfell, which brought a breath of fresh air to the local scene with their inventive and uncompromising sound.

Unlike most folk acts, Ariadne’s Thread set out to keep a really open creative scope. Instead of focusing on recreating a specific sound or vibe, they actually decided to give free rein to the diverse creativity of each band members. It’s almost like an even collaborative effort, where every musician brings something unique to the common vision.

The “magic bullet” in the band’s arsenal is definitely their versatility. Their recent debut studio release, “From The Very Beginning,” stands out as a great testament to the group’s musicianship and broad range. Anything goes, musically and creatively. It’s easy to see that Ariadne’s Thread is a labor of love, born out of the urge to create something and use music as a powerful expression of passion for folklore aesthetics.

Another amazing thing about the band’s sound is definitely their affinity for storytelling. Ariadne’s Thread borrows from the dark, mysterious folktales of northern Europe, but they also embody the ancestral timelessness of Celtic music and Eastern European folk among other styles.

The EP features five new songs, including the opening track, “Numinous.” This song kicks in with a lush, eerie drone, and blossoms into a folk tune with a classic Irish taste. This amazing track originally started out as an intro, with no lyrics at all in the traditional sense. The song is indeed so emotional that no known-language could easily express the real feeling behind the melody. Adrianna  pretty much created her own language to express this intuitive stream of emotions, using random words with no actual literally meaning, albeit with a strong emotional one! In a way, you can think of it like Celtic lilting, that’s been significantly slowed down.

Artists like Sigur Ros have used this technique to great effect, particularly on album such as “( )” and it’s always amazing to see how words can express so much heartfelt warmth, even when we don’t know the meaning behind the sound we hear.

“Rolandskvadet” follows right after, with a stronger focus on rhythm. The drums are absolutely huge, almost as if resonating from a different time and place. The vocal harmonies are very impressive, adding a lot of depth to the mix. This folk ballad dates back to Norway’s traditional lore, and it first came to form as a chanson. The track deals with the story of Roland, narrating his adventures, and misadventures.

The third song is titled “Je Vivroie Liement.” The beautiful French title reveals the song’s charming sophistication and vibrant aesthetics, with some of the strongest melodies on the EP. This classic song is in old French, and it was written by author Guillaume De Machaut.

“As I Lay on Yoolish Night” brings a darker mood to the table. The beautiful arpeggios almost make me think of bands like Blackmore’s Night, with a really stunning antique feel. This beautiful Christmas song connects with the original spirit of the holiday, rather than the modern, consumerism-driven idea of this vacation we’re often exposed to. Dating back to the 14th century, you can really feel a strong connection with medieval history on this one.

Last but not least, “Miri It Is” is a really catchy track, with amazing melodies and huge hooks that bring the EP around in full circle. I love the brightness of the strings, and how they interact with Adrianna’s amazing delivery. This song is particularly interesting, because it combines the band’s personal influences with medieval works in a very unique way.

In conclusion, this is a phenomenal EP, providing a very new, yet timeless outlook on folk music. It’s great to see bands keeping the flame alive.  So don’t miss out on “From The Very Beginning,” which will be released on March 8th, 2019.

From The Very Beginning" is one of the most remarkable debuts from form a folk act that I've ever heard. It leaves you wanting those other chapters to be written, which will hopefully be soon in the form of an LP. 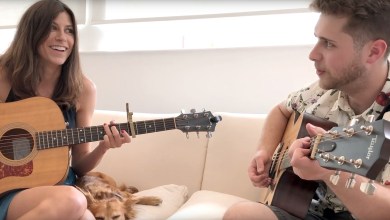 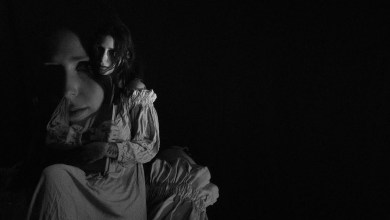