Share
Facebook Twitter Tumblr Pinterest Reddit Skype Messenger Messenger Share via Email
This is a tumultuous time for music, and many bands have found themselves restrained and unable to do what they do best: giving their all on a stage. Dropkick Murphys are definitely one of those bands whose reputation as a live machine precedes them.

Their albums are always incredible and well-produced, but there is something about their live shows that’s hard to capture – that almost symbiotic relationship, that energy that moves in a circle from the band to the audience and back, dictating the flow of a perfect night out. These boys from Boston didn’t want to give in to the monotony of the COVID-19 era, and they came up with an antidote to the stillness of life in quarantine: volume and loads of it!

Their most recent studio album, “Turn Up The Dial,” happens to be the 10th record in the band’s diverse portfolio. Ted Hutt contributed as a producer and helped the band unleash their most raw and defiant side, as shown by the aptly titled first single, “Middle Finger.”

The release features 11 tracks. The album doesn’t feel overly ambitious or pretentious in any way. The group’s goal is as simple and direct as it can possibly get: making good music, celebrating the opportunity of being together, and use the energy of loud and awesome punk-inspired Celtic rock to free yourself from your worries, if only for a little while!

The band acknowledges the fact that they are in a fortunate position: being able to spread joy and happiness with their music, and they are aiming to do just that with these songs. The title track is a dive in the formula that made Dropkick Murphys one of the premier bands in the Celtic Punk scene. The balance between punk rock and folk influences is truly spot-on, and it immediately gives the listener a sense that this is an album that begs for the audience to turn up the volume.

The second track, L-EE-B-O-Y is another great example. The gang-like singalong parts are incredibly memorable and spontaneous. If you close your eyes, you can almost picture yourself in the crowd, mashing and chanting out loud! Something you’ll notice with this album is almost like a nostalgic throwback. Especially this song with its Spicy McHaggis feel and namedrop.

The chosen lead single, “Middle Finger” is a folkier stomp, with a rowdy acoustic guitar strumming fiercely, with some really great vocal parts and a great balance between the “solo” vocals and the group singing. “Queen of Suffolk County” follows along the same line, with an arrangement that largely favors the acoustic guitar, but not in a “ballad kind of way.” It feels like a barroom sing along, that embodies the same punk attitude that you would expect from the most distorted and aggressive songs. Speaking of, “Mick Jones Nicked My Pudding” is perhaps one of the most purely punk rock songs on the album, and the story and references are all great.

HBDMF is a 3/4 song with a melodic and more mid-tempo feel, slowing down the dynamics of the album and going for a more open sound. “Good As Gold” has a California punk type sound, as it tips the hat off to iconic groups such as Rancid. However, the Celtic influences really take the lead melodies someplace else. I love the fast-paced hardcore beat, which suits the vocal delivery and the bagpipes leads to perfection.

Things are about to get even rowdier and the song “Smash Shit Up” stays true to its title, with a truly electrifying arrangement. The “stop and go” guitar parts alternate perfectly with the triplets of the according, creating a droning soundscape as all hell breaks loose! Police sirens, big drunken sing alongs and amps cranked to the max. It doesn’t get any better if you like a folk-punk banger!

The following track, “Chosen Few” feels like the breather you need right after the previous track – Settle down for a moment, get yourself together, and jump back in the moshpit! “City By The Sea” has a great introductory melody and the vibe of this track actually makes me think of a perfect cross between The Pogues and Rancid. The melodies are really pretty but the raw edges of the performances make them all the more interesting and direct. The chorus here is particularly stellar, and I love how relatively complex it is compared to the verses, with a more intricate vocal phrasing.

The final track, “Wish You Were Here” is another ballad with a waltz-like tempo. It feels like a nostalgic tune, the kind of song that you put on as your friends are going home and the pub is closing down.

All in all, this album is definitely a killer record, showcasing a band that stayed true to its mission with this release: having fun, and making people have a lot of fun in the process. The tracklist is also quite diverse as well, because there is room for folkier songs, as well as tracks that lean towards the band’s punk background more heavily.

Where the album really shines, however, is something in the middle. The best songs are those acoustic-driven punk tracks that don’t rely heavily on fast drum beats or big distorted guitars, but rather letting the energy of the performances become the driving force to bring people together.

There’s plenty of amazing sing-alongs that are meant for an audience to join in. This is a stark reminder of what makes this band special: it’s the fact that they are not singing songs to an audience. They sing their songs with their audience, and they definitely write music with this amazing bond with the crowd in mind!

The album is going to be available on streaming services soon, so pre-save it and stay tuned!

"Turn Up That Dial" is a stark reminder of what makes this band special: it’s the fact that they are not singing songs to an audience. They sing their songs with their audience, and they definitely write music with this amazing bond with the crowd in mind! 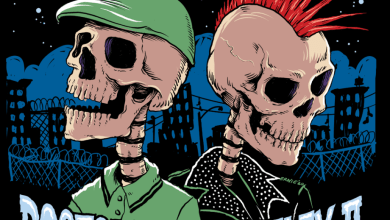 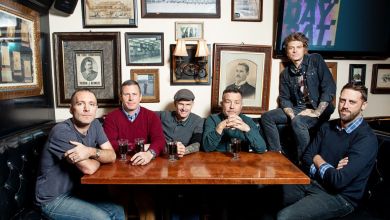 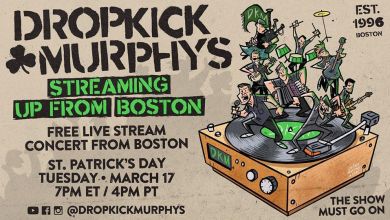 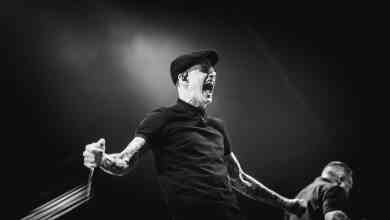