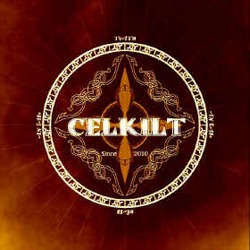 Celkilt is a French band that has been playing Irish rock since October of 2010. The group consist of five members. Erin MacFive, Drik MacWater, Titou MacFire, Loic MacWind, and Rem’s MacGround. In case you’re curious about the band members surnames, it’s explained in the groups biography.

According to legend, an alchemist took various elements that represents a specific instrument, (such as the bagpipes and tinwhistle, for Loic MacWind) and gave each band member a certain skill set with their element (instruments). When the band plays together, they unlock the power of the kilt! It’s a pretty cool gimmick, and adds a lot of personality to the band. It also makes me feel nostalgic for the old Captain Planet television show.

In March 2011, the group debuted their self-titled EP. Musically, the band has sort of a pop-rock oriented structure, and sound in dynamics. Lyrically, the EP is a heartfelt collection of songs, that follows a loose concept about dealing with a difficult person in your life.

Songs like the opening track Get The Hell Away, sets the tone for the rest of the EP. Get the hell Away is about ending a relationship with a manipulative person. The song has a catchy course, which ultimately means you’re going to find yourself singing along with it. It also features a beautiful break with a dizzying tin whistle, thundering bodhran, and some of the best fiddling you’ll ever hear in Celtic rock.

Let Me Out is about coming to terms with personal demons, and overcoming them by yourself, while ignoring someone’s useless advice, that is only making things worse. What made this song in particular stand out to me, is its sublime bagpipe melody.

The Same Old Frown is a track that I think a lot of us can relate to. It’s about the difficulties in having a friendship with someone that’s just always in a terrible mood. The kind of person that tries to bring you down with them, and that are always asking you for help, but then they are never around when you need them. Celkilt can move back and forth seamlessly through their songs. Some of it can be very fast and technical, while other times it can be a bit more relaxed and mellow. The Same Old Frown is a good example of how the band has perfected this. The final song on the EP, Lay Me Down, is one of the most beautifully crafted pieces of music I’ve heard in recent memory. The haunting and harmonizing vocals, along with the slow bagpiping, will give you chills.

You can always tell that a band has had a great release when you have trouble deciding what song you want to listen to the next. Celkilts debut EP features six songs that you will not skip over. It starts off excellent with Get The Hell Away and ends beautifully with Lay Me Down. In other words, it’s an EP that you’ll let play through in its entirety. It flows nicely, none of the songs are lackluster, and you’ll likely have a difficult time choosing a favorite. I urge everyone to give this EP a listen. Especially those of you that like more pop oriented type rock bands.

Celkilt makes a strong debut with the release of their self titled EP. It’s a must buy for any Celtic Rock fan.

Frank Turner To Open For Dropkick Murphys In Dublin 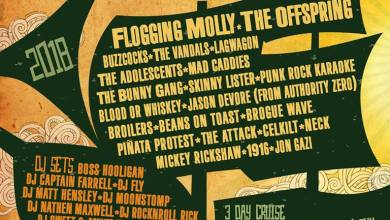 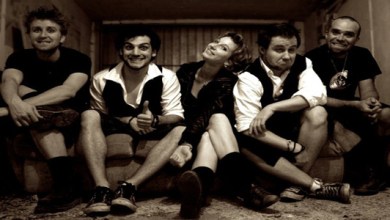