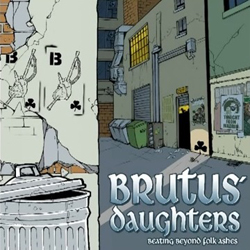 Fans of Celtic punk are in for a treat when they stumble across Brutus Daughters. A folk punk band from Spain, Madrid to be precise. Spain has a thriving Celtic punk scene, and has produced many great bands throughout that region, and Brutus Daughters are one of them. I would say that the band has hit the nail on the head with their second album, Beating Beyond Folk Ashes.

Those familiar with the band will notice the line up has changed in the second album. A new lead vocalist has been taken on board, Alex. Great for us listeners as Alex produces strong and powerful vocals throughout the album. We love the use of Spanish and English lyrics as it really cements the characteristic of the band.

Their second album “Beating Beyond Folk Ashes” opens with a fantastic short track “Six Beers”. The euphoric sound of bag pipes ring out and it makes you just want to get on your feet and start bouncing. Its has an Oi style which makes you want to shout and sing along. A great opener and clever introduction as it lets you know you’re in for a ride!

You can tell Brutus Daughters have spent dedicated time and effort on their new album. They have been working on the album since April and it is good to see a band not rush something out. The songs themes range from partying to more sincere topics such as returning to your hometown to find everything changed in “Raising”.

Our personal track favourite has got to be “Break Down Roles,” as it really brings out the overall characteristic of the band. The song is still fantastic Celtic punk but you can pinpoint the band’s unique touch in the vocalist’s accent.

In addition, this band is definitely one to see live as the energy from the songs is just overwhelming, perhaps a live album for the future? We will have to keep an eye on Brutus Daughters as we can really see them going far!

Beating Beyond Folk Ashes delivers what any fan of hard-core folk punk would look for in an album. 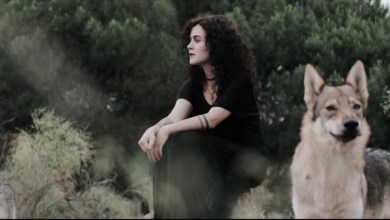 Celtibeerian Premiere Video For “The Wolf I Am” 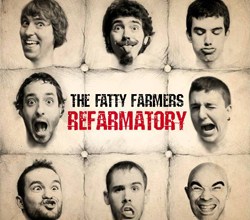