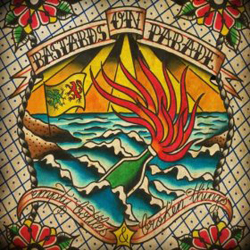 Bastards on Parade are back with their new album entitled “Empty Bottles & Broken Things.“ We are sure the die hard fans of the group will know that the album came out on August 30th of this year although not to worry, the album is still available to download via the bands facebook page.

The song entitled “Outcast“ comes across as a great festival anthem as the songs characteristics have a great party vibe. The fast paced introduction to the song really stood out straight away as a song which holds a lot of character. The harmonic vocals also give a very uplifting edge to the chorus which we can only imagine must sound fantastic live.

When listening to “Fighting for Gold” you really have to admire the guitarist’s work on this track. The outstanding structure and texture of the guitar riffs have a warm and rich sound which most importantly makes the track very memorable.

This matter’s greatly when writing songs which are able to sell the music to the audience which helps build that vital fan base. “Drunken Haze” has become a true favorite here in our office as we love a true classic rock song. Even the name of this track gives the song credibility.

The quite smooth intro which suddenly turns into hard hitting snare strikes and wild guitar riffs automatically tells the listener that this will be a one of the most loved tracks on the album. As the verses approach, the music takes a melodic but still effective change which again shows the diversity of this band which many other tracks on the album also show.

Again the guitarist for this band shows his impressive skills and memorable riffs drives the songs to finish on an almost anti climactic ending, leaving you desperate to press “play” on the next track of the record.

Guest musicians are also featured on the album which was mixed by Johnny Rioux of Street Dogs, and the track “Outcast” features Finny McConnell of The Mahones. The album also features several songs of the bands EP “Shallow Waters”

To be able to record a band such as Bastards on Parade who hold very loud and anthemic sound’s, credit must be given to the producer when recording their music. We can imagine that these talented musicians had the sound in their minds which they wanted their record to sound like and we hope they where happy with both the sound of this album and their producer.

Bastards On Parade have put out Folk Punk gold with Empty Bottles & Broken Things. This is a must have album for 2013 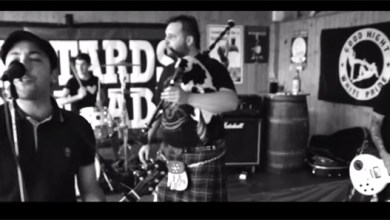