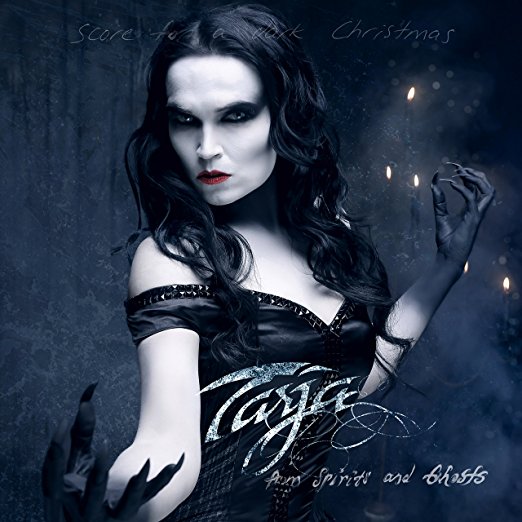 So, I think I can say that I have solved the irresistible force paradox in some way. I’m sure you’ve heard of that age-old question of what happens when the unstoppable force meets the immovable object. In this instance the immovable object is my loathing for Christmas music. Then again I suppose it’s a bit unfair to say “loathing,” because it’s not like I don’t enjoy the holidays, or original Christmas tunes. It’s just that it’s been done so much, in every way imaginable, that we are now way past the point of absurdity.

I mean after all, you can purchase a robotic fish that’s wearing a father Christmas hat and sings “Jingle Bells,” to Doom Metal bands unironically singing a very warm and upbeat version of ‘Joy to The World.” I do love original Christmas material, such as The Season’s upon Us, and Fairytale of New York. When it comes to covers however, that’s when it starts feeling gimmicky, uninspired, and way overdone.

Now on the other hand, we have the unstoppable force which is Tarja Turunen. Tarja may very well be the best female vocalist in metal, ever. That’s something I certainly do not say lightly, seeing as how the metal scene is filled to the brim with incredibly talented female vocalist and musicians. She’s known for her hauntingly beautiful voice, which inexplicably causes me to have a biochemical reaction. Seriously. She’s one of the few artists whose music can give me goosebumps and chills.

So now that you’re aware of my biases, what do I think of the album? Well let’s just say I was probably visited by three ghosts in the night before listening to the album, and writing this review. Tarja says the album speaks for those that who might not be having a holly jolly holiday, and was inspired by movie scores.

Which it does sound very similar to something that would’ve been composed by Danny Elfman. No, not Elfman from his cheesy over the top 80’s pop star Oingo Boingo days. (though hearing a Tarja cover of Weird Science would be pretty amazing) I’m talking about the Danny Elfman that has written that epic 89 Batman theme, the singing voice of Jack Skellington, and several scores for other Tim Burton films.

With that said, we know that during this time of the year preceding the holidays, artists of all genres and styles try to ride the wave of the festive spirit, creating music that reflects the cheerful vibes of the seasons. However, not all Christmas albums are cookie-cutter, predictable renditions of the same tunes, over and over again. Certain artists love to take chances and make bold moves, interpreting Christmas songs in an entirely new way that highlights their creative perspective and musical background.

If you aren’t too keen on listening to the average Christmas record like I am, you’re in for a treat with “From Spirits and Ghost (Score for a Dark Christmas),” It’s far from your average holiday-themed album. Tarja has brought a completely different feel to her idea of Christmas, far from the LED lights on the Christmas trees in the shopping malls across New York City, and deeper into the timeless mystery of the Nordic woods. The Finnish musician has known this side of Christmas throughout her entire life since she had the opportunity to grow up in a culture where Christmas retains a quiet, introspective and mystical vibe to it.

The sound of this record feels like a good old friend – like a distant memory, so old you don’t even know why you remember it in the first place. Tarja’s renditions of favorite Christmas melodies are breathtaking, with very thoughtful arrangements that go back to the tradition of ancient hymns and ancestral chants.

This record is authentic, personal and remarkably well-executed, standing as a powerful reminder that Christmas is not just the plastic tree in a shopping center. It’s a spirit that still has the power to bring people together and experience a sense of warmth. Or, sometimes healthy dose of darkness.

Even though this album seems to appeal to a niche audience, I think it’s safe to say that anyone can find enjoyment in it. Especially for listeners that are tired of the same old Christmas covers. You’ll also find it to be a non-track skipper. One of those records that you can play straight through as you decorate your tree with loved ones, or as you stare out the window by your disconsolate self looking at a bitter blizzard on a gloomy afternoon.

Some of my personal favorite tracks include O Tannenbaum, Feliz Navidad, and Amazing Grace. And the answer to the question of what happens when the unstoppable force meets the immovable object? The Unstoppable Force is given a five out of five rating, and the editor’s choice for one of the most originative albums of the year.

Tarja Turunen set out to release a spontaneous, authentic and well-performed Christmas album that’s far from the slick holiday-themed music out there. The songs featured on this release have a deep, warm and almost mystical tone, diving further into the true spirit of Christmas and the way it allows people to bond together and share special moments.