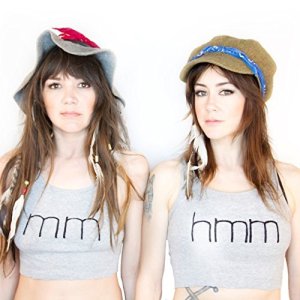 When you think of acoustic music or singer/songwriters, you always picture the same image in your head, admit it: a lonely guy, sitting in his bedroom with his funky cassette recorded, trying to moan about his sorrows with a beat-up acoustic guitar with dead old strings on it.

Not that there’s anything wrong with that, in fact, we all have times when nothing speaks louder than a dark, gloomy Elliott Smith song. On the other hand, acoustic music doesn’t always have to be that way.

It can be powerful, it can be sexy, it dosen’t always have to take itself too seriously, and it can be…electric! This is certainly the point of Mmhmm, a new fresh duo based out of Nashville.

The project was formed by Midwest native Hannah Firelight, who joined forces with local singer and artist, Raelyn Nelson. The two were often mistaken for one another, so they did the only logical thing people do when finding their doppelganger, form a band!

Besides their striking resemblance, the two performers were also kindred spirits in many ways. They both share a love for melody and energy, and they are both well-rounded performers and songwriters who really know how to make the most out of their stage presence, wonderful voices and instrumental skills. The pair recently set out to hit the scene with a new studio album, which stands out as a really important milestone for the pair: finally, they get to share a huge piece of their artistry with the world, blossoming out of the local music scene like a rainbow after a storm.

The album is mostly acoustic based, and it has a lot of energy to it. On songs such as “Let’s Get Together,” the record’s opener, (cover from The Parent Trap) Hannah, and Raelyn showcase their amazing chemistry and their ability to bounce off of each other’s creativity and talent to create something new.

On tracks like “Earn My Love.” one of my favorite moments of this release, the group set out to showcase their incredible ability to create moody songs, while retaining their signature upbeat feel. “Mama’s Little Yella Pils” is another exciting tracks, and it really comes alive with a charming retro feel. Gotta love that slapjack delay effect on the vocals and the charming vintage vibes! These are only some of the most outstanding highlights on an album that feels fresh and engaging, from top to bottom.

I mean it in the best possible way: this is not your average Nashville record, and I really love to see artists who aren’t blindly trying to follow the city’s well-documented musical trends, and instead understand that the real key to stand out is to do something new and play it by heart! Hannah and Raelyn have a lot to say, and we can’t wait to hear more already!

A combination of tuneful melodies, playful lyrics and engaging arrangements that really redefines what you can expect to come out of Nashville! 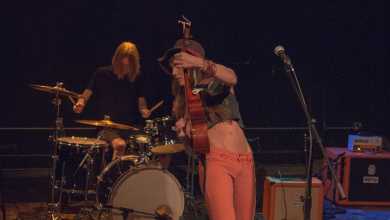 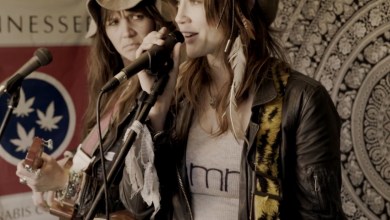 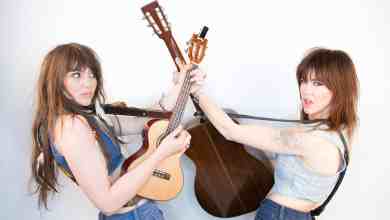 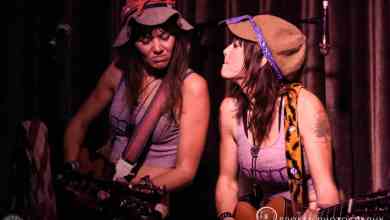 Photos: mmhmm At The Hotel Cafe In Hollywood