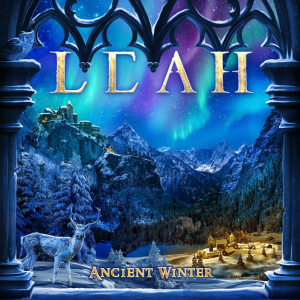 Leahs music has always been known as a project that combines folk music and various flavors of metal, with a wide variety of other influences, ranging from ancestral Celtic music, to modern folk, symphonic, and so on. Recently, the artist announced the release of a brand new album titled “Ancient Winter.”

The first thing I noticed when listening to this release was the power of the production. The sounds are crisp, clear, and well-defined, while at the same time, beautifully atmospheric and rich in terms of reverb effects. Reverb is becoming a sound that’s deeply associated with Celtic music, and it’s actually quite hard to do it well.

You might think that you can just slap on a reverb and call it a day, but it is a true art to create a fantastic balance. In this particular case, there is a really unique dichotomy between the direct, dry, and intimate sound of the vocals and instruments, while also a sense of depth and distance, achieved with the clever use of this prominent effect.

A good example of what I am talking about? Just listen to one of the earliest singles from the album, “Redemption.” This is a somber, yet beautiful song that really exemplifies the intimate, yet deep and textural sound of this production.

Leah’s voice is nothing short of breathtaking. Every line she sings is incredibly emotional, yet you can feel the mastery in every note she performs since she has a really exemplary vocal control. She knows how to use her voice just like an instrument, and she creates some outstanding melodic lines to enhance the song, rather than just sing over the instruments!

The percussion elements are gentle and soothing, and they drive the song without overpowering it. These beautiful percussion and punchy drums are a thread on the album. Even at their most punchy and heavy, the drum parts never drowning out the rest of the mix, and there is still room for all the subtleties to be heard. There is a really great combination of complexity and simplicity going on here, with the musicians showcasing some diverse dynamics.

Although Leah managed to stay true to the roots of her sound, this album also marks a slight departure from the act’s previous studio efforts. There is a bit less emphasis on the symphonic metal side of her influences, and more of a focus on full-on world music and folk, albeit with a more modern feel than acts such as Blackmore’s Night, which automatically pops in my head when trying to think of a similar example.

In fact, this isn’t your average Celtic release. The usual cliches of the genre are replaced by an extremely nuanced aesthetic – a willingness to mark a bold and powerful statement for an artist who knows her roots, but also has a good idea about her future and present. The opening track is a piece titled “The Whole Wolrd Summons.” This song almost feels like a welcome message to winter, which is finally calming and redefining the landscape around us with its ice-cold beauty. This song is actually a really good example of how the album constantly alternates traditional folk instruments with more modern elements, giving the record an extremely diverse feel.

There is also room for some beautiful renditions of “Upon Your Destiny,” as well as “The messenger,” bringing more depth to the set-list. While many albums in this genre might often fall victim of being crafted with the same exact formula, this one definitely breaks outside those lines, in favor of a more personal and authentic approach.

As mentioned earlier, there are many distinctive dreamy atmospheres, which actually are one of the most unique selling points of this entire release. It’s almost as if the songs where the soundtrack to a movie that does not exist yet. They are almost begging for some visual storytelling to match the cinematic feel of these beautiful compositions. There is even some room for some traditional Christmas songs, perfect for the season. These covers have a very timeless town, with some medieval folk tinges, bringing a very otherworldly texture to them.

Leah might have strayed away from the more outspokenly metal parts of her sound, but still, her songs are still metal as it gets when it comes to the attitude! That unique willingness to do whatever you want to do without being too concerned with other people will think or what they would expect you to do is kind of liberating actually, it makes this record all the more powerful.

After all, I am a big believer that there is more to extreme music than just a bunch of distorted guitar, some loud drums. It’s all in the attitude first and foremost. Leah could’ve easily gone for a crowdpleaser here. She could’ve decided to create an album that mirrors what she had done in the past (and very successfully so), however, she decided to do something a lot riskier. She decided to challenge herself and her audience with a new sound that’s remarkably poignant, beautiful, and unique.

Winter has its special brand of beauty to it, and the atmospheres of this album captures it to absolute perfection.

An album that marks the artist foray into World music, while still retaining a unique feel. 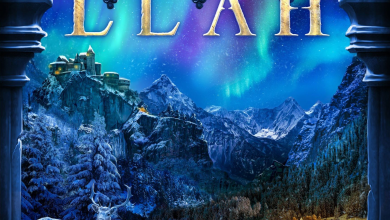 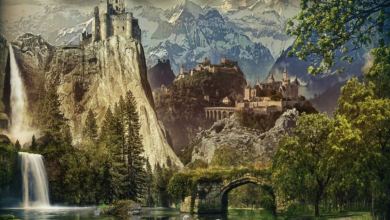 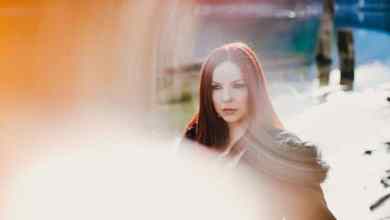