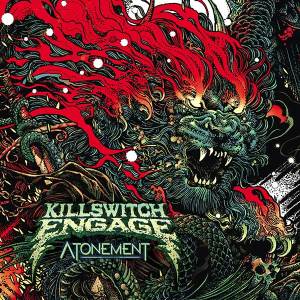 Killswitch Engage is back on the scene with a long-awaited album, “Atonement.” This release comes to a raging start with “Unleashed,” the aptly titled first song. The track reprises Killswitch Engage’s best dynamics: combining hardcore-laden screams and metalcore riffs with melodic singing.

“The Signal Fire” is one of the album’s fastest, rawest songs. It captures an old-school metalcore vibe, and this is the kind of song I can picture being a total winner in a live situation.

In my opinion, songs like these are where Killswitch Engage shine. The melodies are just outstanding enough, without getting in the way of the energy.

“Us Against the World” is particularly intriguing as a Killswitch song because it has a 3/4 tempo, not very common in the genre. It makes for an interesting feel and some intriguing melodic solutions. “The Crownless King” is another old-school metalcore heavy hitter, tipping the hat off to seminal bands such as Sick of It All and Terror, only to mention a few.

The band is pushing the release with a video for a brand new single titled “I Am Broken Too.” The track is a good example of the group’s catchier side. The tempo never gets too fast, and the riffs never get in the way of some great vocal melodies. On this song, I particularly enjoy the creamy, warm guitar tones that seem to cover so much sonic ground.

“As Sure As The Sun Will Rise” is one of the most complex arrangements of the album, as it sets the bar higher in terms of power and sonic variety on the album. “Now Your Enemy” is an edgy, aggressive track with an upfront feel, and it perfectly dives into “Take Control,” which has a different vibe, but also very competitive.

“Ravenous” is a heavy hitter on the album with a classic hardcore rhythm in the verses and some cool double-kick action in the intro. “Can’t Be The Only” follows right after. The intro is a lush textural melodic drone, paving the way to one of the most melodic tracks on the album. The vocal melodies almost border with emo-core on this release, giving the audience something different.

“Bite The Hand That Feeds” is a great curtain closer, with a crazy riff at the beginning, and even crazier verses, with some cool rhythm changes throughout the track! This is my favorite song on the album, due to the complexity of the arrangement, which is sophisticated without overthinking things.

This is a great come back album for the band, who refined their melodic songwriting, without necessarily making compromises in terms of power and sonic aesthetics.

After two decades, Killswitch Engage continues to put out some amazing releases. Atonement features some of the bands best tracks to date. 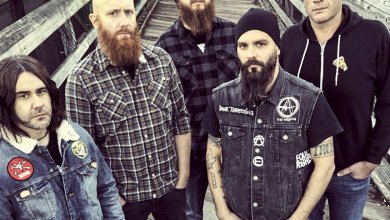 Killswitch Engage Release New Song And Video,”I Am Broken Too”