Hexvessel is a metal outfit with a rather unique approach to their music. They seamlessly combine influences as diverse as psychedelic textures and even alternative ideas that make their sound stand out from other groups on the scene. These talented Finnish musicians are back with an innovative new album Kindred. 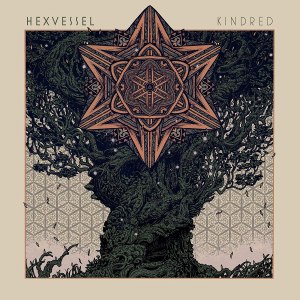 This is the band’s fifth studio effort, and it sets the bar higher by broadening their sonic palette, as well as rethinking where a metal band could find its roots, in terms of influences and genre definitions. Inspired by iconic acts such as Dead Can Dance, as well as Nick Cave and Dead Can Dance, the group was able to cut a very ominous, dark sound that relies on atmospheric tones and doom-driven scenarios.

However, the band also has a strong progressive outlook, which gives the songs an incredibly diverse sonic palette. In the folk-metal lore, there aren’t many artists who are willing to go as far and as deep into different directions as Hexvessel managed to accomplish on this wonderful studio album. For this reason, the Finnish group managed to accomplish something quite remarkable – A sonic journey that’s nuanced and sophisticated, with so many positive ideas and creative twists.

If you are a fan of artists such as Death In June, as well as Sol Invictus and King Dude, this one is going to be right up your alley. The release explores the “familiar” sounds of the scene, but it fearlessly dives deeper into things you might not expect, including some bluesy sections, and more.

The band went back to their home studio in order to record this album. This means that the sound is more personal and refreshingly comfortable in its own skin. I would assume that recording an album in a familiar environment will definitely be easy in terms of pressure, so there is more time for the band to try new things and reap from a more immediate recording approach.

Kindred is a great new chapter in the band’s life and discography. The sound of these songs is impressive, because the tone is accomplished and absolutely world-class, with a polished, yet not overproduced tone making it all more interesting and direct.

Be sure to check out Hexvessel and listen to their brand new studio album, which is going to be released on the 17th of April (via Svart Records).

The new release from Hexvessel sets the bar higher by broadening their sonic palette, as well as rethinking where a metal band could find its roots, in terms of influences and genre definitions.