It’s been a few moons since we’ve had some new material from Swedish Celtic punk act Finnegans Hell. The band’s last album Drunk, Sick and Blue, was released back in 2014. For a Celtic punk band, that almost seems like a lifetime ago. Now with the power of Heptown records, the band has finally release their sophomore album, Life And Death.

The album opens with Shane McGowan’s Grave. Now, when I initially looked over the track listing for this record, that song title stood out to me for obvious reasons. Though the song is about a man that’s clearly in denial, explaining to his significant other that he is no longer going to take her money and spend it all on the devils nectar. He then swears on “Shane McGowan’s Grave” that his drinking days are over. I really enjoyed the song, and I found it to be a nice opener. Plus, I think the title makes for an excellent catchphrase that I’m now going to try and fit in to every day conversations.

From swearing that you’re never going to drink again, to going “All In” on the booze. The next track has a real Dropkick Murphy’s vibe to it. I’m assuming Shipping Up To Boston was a bit of an influence for the song, which is essentially about having your life together, and then basically losing it all. Of course, the only solution for that, is drinking! Ahh “alcohol, the cause and the solution to all of life’s problems.” However I do think the song conveys a good message. You could be looking down at someone who’s going through a rough patch in their life, and it could just as easily be you in that position even if you have your ducks in a row.

Rude Awakening is one of my favorite tracks on the album, which features an awesome banjo riff, and a groovy base solo. For a band that seems to be the physical personification of a good time mindless sing-along drinking song, Finnegans Hell has always been able to have some compelling storytelling songs. The Bastard Son, is one of those tracks. If you’re one of those people like me that enjoys the narrative of a folk song, you’re going to enjoy this track

If I remember correctly, Paradise Town was the first single off the album. I really love the Southern Baptist feel it has to it, and the sing-along course. The video is pretty awesome as well, which Finnegans Hell’s always been able to put out some entertaining visuals to match their songs.

Coal Mine is probably my favorite tracks on the album, and one I can identify with. It’s got a bit of a cool swing revival sound that sort of reminds you of something from Brian Setzer, or Big Bad Daddy Voodoo. Growing up in the Appalachian Mountains, coal culture was everywhere, and is something people from that area takes pride in. The song is about someone following in their father’s footsteps and doing one of the most dangerous and difficult jobs the world has ever known. Where I come from, that’s a story I hear far too often.

The Clancy Brothers and Tommy Makem had this ability to take a very depressing song, and almost make it sound cheerful. Finnegans Hells cover of “Isn’t It Grand Boys” takes a more serious and dark spin of the brothers original version. During the end of the song, it goes into a upbeat Irish melody. I honestly don’t know if that makes the song more, or less depressing. It’s like watching the film Requiem for a Dream. It gives you this very unnerving feeling. And to that I say, well done guys!

One Horse Town is yet another track that I can relate to. The place that I’m originally from has, the population that your average small-town Mall sees daily. Again, this is another great storytelling song put to a rockin arrangement. The album closes with “Dance Upon Your Grave”, and “Watcha Gonna Do, “both of which are stellar songs. The last track is titled “A Minute of Silence,” and it’s literally one minute of silence. Or rather, a staticy sound. Which is a great way to end the playtime life of this album, which almost seems like a concept record now that I think about it.

Good things do come to those who wait, and Life And Death is certainly an album that delivered after that mini hiatus of no new material. It’s an album we recommend that all Celtic punk fans check out, and for those that are into folk songs with great storytelling content.

We swear on Shane McGowan’s Grave that Celtic and Folk punk fans will need to add "Life And Death" to their collection. 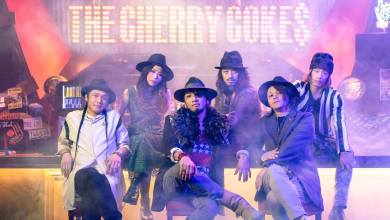