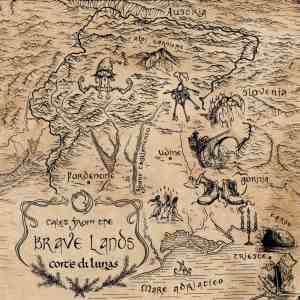 Corte di Lunas is a band with a focus on creating music that blurs the lines between Celtic Folk and Rock. The group have recently released a brand new album titled “Tales from the Brave Lands,” which is now available on the web, along with a new video for their single release of ‘Vida.’

The album is particularly exciting because it feels like a perfect blend of Celtic Folk, modern rock, and even a dash of classic rock thrown in for extra flavor. Fusing those sounds in an organic matter is something Corte di Lunas does flawlessly.

As the title might imply, this is a concept release, which focused on some of the legends, tales, and stories from the group’s ancestral land, Friuli Venezia Giulia, Italy. The region is not one of the most popular among tourists, who might focus on trendier hubs such as Rome or Milan, but this part of the country is a cradle of so much culture, history, mysteries, and mysticism.

Corte di Lunas managed to pay homage to the local folklore with a stunning collection of songs as a tribute to their heritage. These are stories that are seldom being told, so it is amazing to hear a band shedding some light on these exciting narratives and bringing them to an international audience.

The music is as diverse and endearing as the storytelling on the record. In fact, “Tales from the Brave Land” features lyrics in English, Italian, and even the local dialect, which is quite different from mainstream Italian, and it has its own musicality and timbre, especially in song.

Some of the tracks have a timeless middle-ages tone to it, and some of the songs have a flavor of folk standards that have been completely reimagined. In addition to such folk influences, the group throws in some progressive rock influences as well, tipping the hat off to acts such as Jethro Tull or even King Crimson, among others.

The album succeeds in creating beautiful soundscapes, blurring the lines between many styles and creative ideas in order to create a very original and innovative sound. This feels like a perfect new chapter in the band’s exciting story, and it will undoubtedly be another milestone for their career and their journey towards raising their profile and gaining new fans, one great song at a time.

Be sure to find out more about Corte Di Lunas and don’t miss out on this gem of a release, Spotify, Amazon Music, and Itunes.

Tales from the Brave Lands is a perfect new chapter in the band’s exciting story. A fantastic concept album with great stories, phenomenal vocals, and wonderful musicianship. 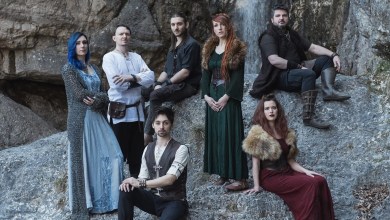