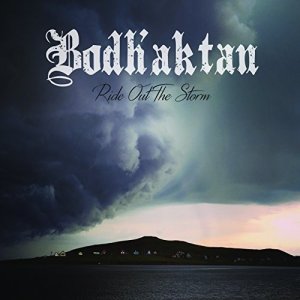 Bodh’aktans latest release is a an English album that is a follow up to 2014s “Against Winds and Tides.” “Ride Out The Storm” will take you through a frantic whirlwind of stomping grooves, abrasive guitar tones and timeless folk-inspired melodies, tipping the hat off to performers the likes of Flogging Molly, The RealMcKenzies or Dropkick Murphys.

However, the production quality of this album has a more polished sound that strays a little bit from the hard and aggressive edge of punk, while still retaining strong ties to punk’s energy and philosophy. This is still a folk punk record at heart, but the band is not afraid to give in to their most melodic rock side. As a result, the textures of this release are a bit more unique when comparing them to your average run-of-the-mill Celtic punk release, which is a very much welcome and needed change in a genre that can some times get homogenized.

For instance, opening number “About Things to Come” has some stunning drones and reverb effects, which really lend a cinematic scope to this release. “Nothing but a Game” is a playful and upbeat song with a great production. I love how the acoustic guitars blend in with the distorted tones, making for an interesting and diverse feel. The record most notably also features a stunning rendition of “Black Velvet Band”, which also features an exceptional guest: Paddy Moloney, known for his work with The Chieftains and for his contribution to the traditional Irish music scene.

I do not say this lightly, this might be my favorite cover of this song, ever. Yes, thats including the fantastic versions from bands like Dropkick Murphys and The High Kings. I do wish the solo was a little bit longer. I feel that if you have Paddy Moloney, you need to go full Dragonforce and do a two and a half minute solo.

The record feature 14 songs, which really create an ample and diverse set-list. There is time for some incredibly energetic tunes, as well as for melodic and thoughtful lyrics with a strong storytelling flair. For instance, the title track of this release is a perfect combination of both worlds, the rock and the folk side of the band. The bass tone is particularly striking on this track, with a huge low-midrange thump and a massive scope.

On tracks such as “Chasing the Wind”, on the other hand, the rock element falls in the backlines, and the Irish folk influence take the main place under the spotlight. In this particular case, influences such as The Pogues are particularly strong, highlighting the band’s ability to combine memorable melodies with vividly engaging lyrics.

Bodh’aktan has consistently put out phenomenal albums, with “Ride Out The Storm” being one of our favorite release of the year. 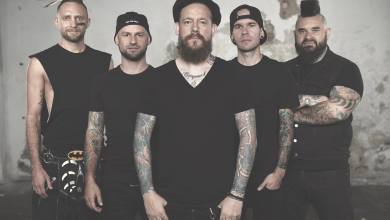