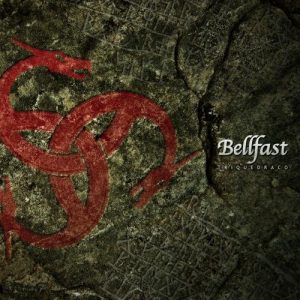 I grew up in Southern Italy, so I feel that I was a little spoiled as a child, with incredible food and stunning seaside locations practically in my backyard all year-long. I spent many summer vacations on the island of Sardinia, which is certainly one of the most beautiful areas of the country. The area is known for breath-taking beaches that seem absolutely photoshopped, as well as for…unusual food pairings. There, I would eat “Seadas” almost every day. This dessert consists of sharp pecorino cheese, fried into a dough and smothered in honey.

Weird, right? It might sound like a culinary mess, but the result is absolutely astonishing. In much the same way purists flinch at the idea of combining sharp pecorino cheese with sweet honey, some people might not really understand the combination of folk and heavy metal. Yet, the two genres have the potential to complement each other beautifully, filling into each other’s gaps and offering a truly unique musical landscape. “Seadas”, just as much as folk-metal, are living proof that unorthodox combinations work. In fact, they do more than just working, they excel and allow for something truly special to happen.

With their blend of technically-driven heavy metal and earthy Celtic folk influences, Bellfast set out to treat their fans to a modern, yet classic sounding album with their recent studio effort, Triqedaco. The release features 10 original songs that showcase the band’s remarkable technical chops and compositional skills. The group’s sound reminds me of the new wave of British heavy metal, with a hint of 80s and a touch of punk and folk, adding color to these tracks.

The production of the album is very contemporary, with powerful drums and a crisp overall tone. On the other hand, there is a nice retro vibe to the album, particularly when it comes to the electric guitar tone, which feels warm and airy. The lead guitars are upfront and impressive, not only for their mind-boggling complexity, but also for their clarity and presence within the mix.

The folk instruments within the mix are probably the most distinctive element for this band – the song lean more to-wards the “rock” component of the mix, but the folk instruments truly add a special character to all the tracks, allowing Bellfast to shine for their amazing aesthetics and abilities as songwriters, arrangers and performers.

With their folk-laced blend of heavy metal, Bellfast set out to create a powerful collection of some original songs on their recent studio effort, Triquedraco. These songs showcase the band’s technical proficiency, as well as their ability to create edgy, powerful and monolithic sounds that embody the grit of extreme music and the ancestral depth of Celtic folk alike.