I was fortunate to be able to see one of my all-time favorite bands perform again! I’ve been listening to the Pixies since around 1990 and been to a number of their shows. They’re always a big thrill to see. They’ve been a Boston favorite for decades and their fans’ love hasn’t wavered a bit over time.

Pixies entered onto an almost blacked-out stage. The low lighting remained for the first song, an instrumental cover of The Surftones, then transitioned smoothly into “St. Nazaire” an energetic song from their new album, Beneath the Eyrie. The lights flashed and strobed throughout then turned to red, as they transitioned to “Brick is Red.”

Later, Caribou started with some haunting long opening notes from Black Francis and Joey, a little improvisation, then erupted into the all familiar sometimes soft lyrics that switch to loud screams “Repent!,” “Repent!” the quintessential “Loud, Quiet, Loud” that Pixies are known for.


Each song transitions into the other very smoothly as if all planned out beforehand. There’s no setlist though, every show is unique, they decide on the next song with just a few words or nod or gesture. There are also no words or other communication with the audience, Pixies are only communicating with their music and the artistic presentation of the stage show. The lighting design often goes from one extreme to another, from very dark to very bright, much like the style of music, but “Dark, Bright, Dark.”

They played an unbelievable set of 40 songs and closed the evening with more fan favorites, “Debaser” and “Bone Machine.” The crowd was screaming along with every word. As soon as the last song ended though the show was over. The lights came up and the instruments were laid down. The band stood and waved to the audience for a bit but didn’t join together as usual at stage center. Paz looked amused and smiled widely, looking around at the room packed to the walls with people.

Dave blew a quick kiss before walking away from the drums. But once they were gone, it was all over. Because the good-bye was so short, most assumed and all hoped they would come back for an encore. There were a few disappointed screams and cries of “ONE MORE SONG!” When they didn’t come back, people still stuck around, took selfies at the stage and were thrilled when the roadies threw out a few of the used guitar picks! It was a great night, a great show, but like a bowl of ice cream, even when you’re full you still want more.

Kristin Hersh, an amazing artist, singer, songwriter, and guitarist now touring with her electric trio to promote her new album, Possible Dust Clouds, opened the night. This Supergroup is a bunch of old friends. Rob Ahlers, the drummer, played with Kristin’s earlier band 50 Ft Wave. Fred Abong, the bassist, played with Kristin in her band Throwing Muses, as well as with her step-sister, Tanya Donelly’s band, Belly.

These three sounded great together. Kristin remained pretty still, staring straight ahead and above the audience while she sang, except for the occasional intense expression as she belted out some lyrics. Fred and Rob would get much more physical in their playing, throwing their heads around and rocking out, absorbed in the music.

Kristin’s group had a different setup, probably because Dave’s drums were already taking up the space back stage. Rob’s drums were stage left, just a few feet away from the edge of the stage. This gave the audience an unusual closeup view. As someone who’s vertically challenged, I really loved this.

I was taken completely off-guard and thrilled when all of a sudden Fred and Rob switched places and continued the night playing the other’s instrument! Fred is fun to watch, whether on the bass or on the drums, he really throws himself into it. I didn’t get the impression he was doing this for the audience at all, he, like every musician playing that night, was just absorbed in his own world and playing the music he loved.

This was my first time at this venue. Big Night Live first opened just a few months ago and has been booking big music shows ever since, from rock to dance to jazz to R&B and more. The atmosphere and ambience added to the evening, but what really stood out were the people working there. Everyone was helpful, courteous, and friendly. They assisted in making the evening an enjoyable one.

My only suggestion would be to take out the over-priced “VIP tables” in the back that remained empty most of the night, or at least let the customers who had purchased tickets but were forced to watch the show from the bar go to that section if there’s space available.

I can’t end this review without adding a shout-out to the group of people from the Pixies Frank Black Francis FB group. I just happened to meet this bunch of people at the show. Their enthusiasm and excitement with just being there was contagious. Their love for all things Pixies is what brings them together initially, but their warmth and friendliness is what builds the strong bonds.

It was fun to be there and yell out lyrics with them at the show. Also, great to see their pictures and videos from shows past and present as they travel and meet-up going to Pixies shows world-wide. 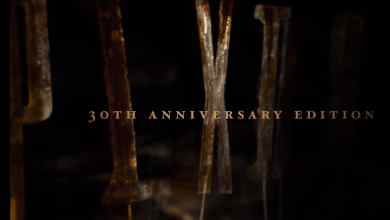