Belknap Park was left in a wicked heavy metal daze as Rob Zombie closed out the final night of Upheaval Fest. Zombie, (56) was new to the bill as the previous scheduling for the festival and lineup in 2020 was canceled due to the pandemic.

Rob has had quite a busy year in 2021, as he has announced that after 20+ years, he will finally be directing a film adaptation of the TV series, The Munsters, which he has been slowly releasing concept art for. Rob is also coming off the release of his Seventh studio album, “The Lunar Injection Kool Aid Eclipse Conspiracy,” which was released via Nuclear Blast Records back in March.

Along with the promotion of the new album, no setlist would be complete without some of Robs most ghoulishly loved hard rock hits, such as ‘Dragula’, ‘Living Dead Girl,’ and some throwbacks to the White Zombie era with songs such as ‘More Human Than Human’.

Rob is always the showman with his various wardrobes, satanic mic stands, dancing, and demonic-like enthusiasm. John 5 is continuously a crowdpleaser with his incredible shredding, theatrics, and stage presence, as is Piggy D, with his sinister shenanigans.

It’s great to see a few decades after his breakthrough release; Zombie is taking the stage and winning over new fans and keep long-time listeners satisfied with his malevolent charm. This was a spectacular way to end to a weekend filled with awesome bands and music. Be sure to catch Rob live, as he will be playing out a handful of more festivals and various shows throughout the remainder of 2021. 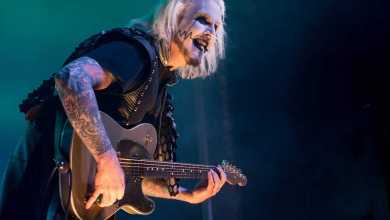