Powerwolfs ‘The Sacrament Of Sin Tour’ has continued into late fall, and joining them this time around is Gloryhammer. Powerwolf can be best described as “Vampire satanist catholic werewolf priests”; the second can be summarized as “A space prince fighting neutron evil sorcerers while riding a space unicorn”.

So. There we were, queueing in front of The Circus, which, despite the name, is simply an underground venue in central Helsinki. About 1000 people can fit there, over 2 floors, with sofas and bars and a pretty big pit. And on that night, the role of warming up those thousand people was devoted to Gloryhammer.

Can this really best described it? Probably not. Angus McFife is at his top, jumping around, running around, waving his mighty (and glorious) hammer, crushing evil goblin kings, fighting with his keyboard player, “refueling” the Hootsman guitar player with a pint of beer and whatnot. What Thomas does best, though, is perhaps interacting with his audience. That, in my opinion, is what a warm-up band really does, and what Gloryhammer does to perfection.

A simple example: for Questlords of Inverness, he asks a member of the audience to “ride on the wind”, which he translated as “go to the nearest bar”, and “hail to the king”, which again he translated as “bring us back some drinks to refuel the Hootsman. All that because the Hootsman is powered by neutron stars and neutron stars are powered by alcohol. Now it all makes sense!

Although the lights could have been managed better, Gloryhammer still is that joyful act that no one can watch without a smile on their face, and it always delivers on what is expected: great heavy space glorious goofiness.

After changing the stage, the unsuspecting audience could discover what is basically a small stone-looking church. Complete with statues of werewolves dressed as nuns in niches and a chalice where all other bands would have proudly put a bottle of water (or, more likely, beer). Oh, did I mention too that there was a giant LED cross in the background of the stage, just between the eyes of the werewolf fabric? 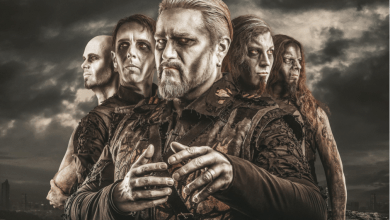 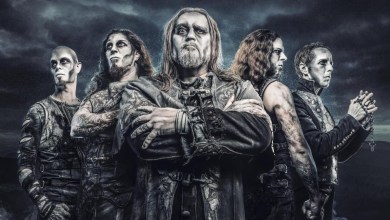 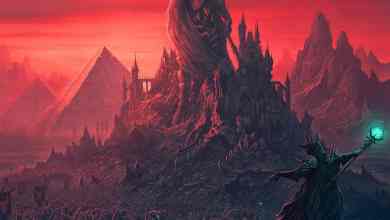 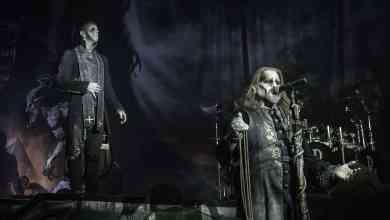