One of the most talked about bands in the rock and metal scene today, Ghost, will soon be wrapping up the North American leg of “The Ultimate Tour Named Death” world tour. I was able to catch one of the band’s final shows, which featured an absolute monster of a set list, and stunning visuals.

Cardinal Copia is currently leading the band, along with even more nameless ghouls this time around. The tour is also in support of the bands latest studio release, Prequelle, which was also Folk N Metals choice for album of the year.

The erie evening featured a mix of tracks from Prequelle, as well as some fan favorites and deeper cuts.  The chemistry that the Cardinal and ghouls had with the crowd was amazing, and was just as entertaining as watching the actual show itself.

This was one of the most connected, and fan involve shows that I’ve been to in recent years. In some strange and bizarre way, it’s almost like the Cardinal was the head of a mega church, with what seem to be near cult like reactions from the crowd.

This is one of the most memorable, and best live events I’ve experienced this year. Soon, the band will be kicking off the European leg of the tour, which will be on November 16th in Nottingham, and will run all the way through December 19 where it will wrap up in Toulouse France. You can check out a list of available dates at the band’s official website. 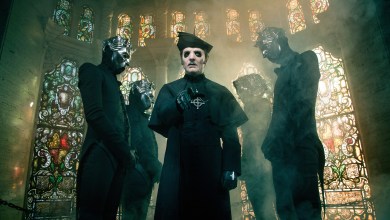 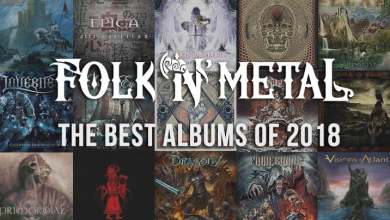