Finnish power / heavy metal band Battle Beast are back at it! The Helsinki combo has been rocking the crowds since relatively recent times, but have been setting stages on fire for over a decade. The band shows a lot of chemistry with each other and have a great connection with the fans.

Their songs are fun and engaging, and more importantly, they have a good time when performing! One of the most impressive things about Battle Beast is most definitely the fact that the band set out to combine lively showmanship with great technical skills and quality theatrical. Everything about their live show is absolutely on point. From Nooras elaborate outfits, down to the nuances of the sound and the ability of the players, things all lock in to perfection.

Another thing that made the show much better was definitely the fact that you could tell the musicians were having a lot of fun on stage. There were so many smiles, and the positive energy was palpable, transferring from the band to the audience and vice versa. Singer Noora Louhimo has an amazing presence, and her voice is melodic, yet thunderous and powerful, soaring through the mix and allowing the band’s monolithic stance to really stand out.

While the band’s music definitely touches on the classic themes and sonic aesthetics of power metal, seeing them live actually made me think of some of the best classic rock acts – Bands such as Kiss even come to mind! If not necessarily in terms of musical similarities, definitely in terms of that exciting big sound, chockfull of amazing riff and great vocal sing-alongs.

This group definitely hold its own on a stage, and it is not surprising to see them at the top of the metal scene in just a few years. Find out more and don’t miss out on the band’s upcoming dates: https://battlebeast.fi/tour 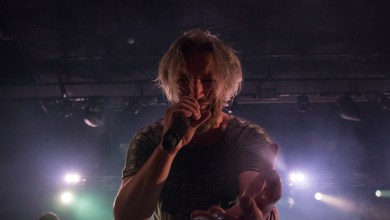