The Brides of the Black Room are a collective of artists that are existing for the sole purpose of “serving our eternal mother.” Today, coming off the release of their single “Fire Disciple,” which was released back in April, the band has now unleashed another track from their upcoming album, “Blood and fire”, which is due out in September 2021.

The clan advances in their vendetta with new single “Blood”, giving us an insight to their cause and though the accompanying music video by EroGuru, even a glimpse of their lair.

“I’ll show you blood” chants Lea Alazam (singer in Besvärjelsen and former live drummer of REIN) to the massive soundscape of unforgiving synths and heart rattling bass that this heavy production lays on our mundane ears. It´s electronic yet melodic movements embodies the wrath and sorrow displayed by the lyrics; “The things that I need, is what´s bringing me further down. I´ll show you blood”

After revealing the identities of Ginger Kahn aka Tom Åsberg (previously of Priest), Carolina Lindahl (previously of The Operating Tracks) and Lea Alazam, the collective is now ready to release the second episode of a story in ten parts called “Blood and Fire”.

“Blood” will be available on all platforms June 11th 2021, via Icons Creating Evil Art. 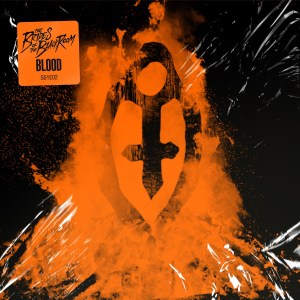 Tags
The Brides of the Black Room