In 2021, we saw one of the most incredible years from metal that we’ve seen in ages. This, of course, is probably due to the fact that everyone started releasing their album that they started working on during the pandemic. We received the most review requests we’ve ever gotten, literally thousands across this and our sister site Folk N Rock.

Today, we release our annual “Best of the Year” list and take a look at what our favorite metal albums were for 2021. This Year was challenging because there were so many great ones, and we would love to know what your personal favorites were as well.

Album of the Year: Omega – Epica

Omega is the eighth studio album from Dutch symphonic metal legends, Epica. The album was released back on February 26, and after nearly a year of hearing some amazing metal albums, mostly put out due to the pandemic, this one still remains our top choice. It’s arguably their best album to date, and for sure one of the greatest symphonic metal albums of all time. In celebration of their album as well, the band hosted a massive streaming event which was one of the most epic shows that we’ve seen this year. Since their debut, they have been on fire with no signs of ever slowing down.

One opinion that likely isn’t up for much debate is that Korpiklaani is one of the top folk metal acts of all time. When most of the world was busy with Grunge and the hey-day of alternative rock, this Finnish outfit managed to write the first chapter of their musical story in the early 90s, when they were formerly known as Shamaani Duo. Ask any fan of Folk Metal what some of their favorite albums are, and you will surely get a response that has one of their albums in said fans list. This year, they have added yet another as Jylhä is an innovative album with great storytelling and excellent musicianship. The Finnish Kings of Folk Metal have never sounded better.

The pagan metal scene is something we follow closely. Still, time after time, we see a style of music that has such a striking resemblance to metal, with an overlapping fan base. So we have decided that this year we’re taking the dark folk category and the pagan metal category and putting it under one new category, ‘Best Pagan Blbum’. And who better to take on this category for 2021 than Norwegian collective Wardruna. ‘Kvitravn’ is an album that you’re going to want to experience in one big play through. It’s a massive 70 minutes long and is filled with that enormous raw cinematic score that we’ve come to love from this group.

In what was our second Album of the year contender, “Gods Of Debauchery” from Seven Spires has been one of the most impressive releases of 2021. The symphonic release infuses a ton of heavy songs, with a few infectious, almost pop-like tracks as well. The band was already on many fans’ radar as their previous release was exceptionally good. Now it seems that everyone else is finally starting to take notice as “Gods Of Debauchery” is a flat-out masterpiece of an album.

Stormruler is a brand-new American-based black metal band that released their debut album this year via Napalm Records, and simply put, it’s incredible. The content is inspired from high fantasy, a bit of history, and battles. If you’re new to black metal, there’s probably no better album to ease into and get yourself familiar with the genre than this one. The production, in particular, is especially fantastic. And for those that have been fans of the genre for a while now, you finally have that new and exciting band you’ve been seeking.

It’s a Beast in Black album; it features the vocals of Yannis Papadopoulos. That’s literally the only sentence we would have said about this album to make our point abundantly clear on how great it is. The album is larger-than-life and features storytellings of space travel, femme fatale’s, and cyberpunk themes. It has the most infectious songs of any record with her this year, including an absolute headbanger of a Michael Jackson cover of “They Don’t Care About Us.” Dark Connection is everything we love about Beast in Black, and it’s great to have a new release from them.

While they still might be a young band, Italian power metal act Frozen Crown has been gaining a lot of momentum in that short amount of time. This year, their new studio album, Winterbane, is our choice of the best power metal release for 2021. The riffs are powerful, the bass is booming, there are plenty of fantastic melodies, and the vocals are immaculate. Along with all that, the production of this release, in particular, is rather top-notch. This is currently their best album, and we can’t wait to see what they bring next.

Best Death Metal Album: The Nightmare Of Being – At The Gates

It shouldn’t be much of a surprise that any year At The Gates releases an album, they’re going to presumably be a top contender for the best death metal record. Just even by the mere fact that their name is associated with so much legendary material, you just know what they are going to put out will be pretty great. Which is a bit of a double-edged sword, as they are constantly being compared to the previous material, but what is certain is that with their latest release, “The Nightmare Of Being,” the band is more than deserving of this spot. It’s an album that feels like a step of renewal and innovation.

In what initially began as a side project for Fernanda Lira, she and Luana Dametto would go on to put their full focus into the band in April 2020 and recruit Taina Bergamaschi and Sonia Anubis. This year, they released their debut full-length album, and it has been one of the most exciting releases from an upcoming band this year. While traditionally it’s a death metal album, there were a lot of melodic elements and other types of influences thrown in. The band has been able to establish a unique sound that will not only please even the most hard-core death metal elitist, but casual melodic death listeners as well. It’s a phenomenal debut.

Niratias (Nothing Is Real And This Is A Simulation) takes a mixture of metal, hard rock, and some progressive elements to set the mood for the storytelling of the dangers of a dystopian future. This album has the most distinctive songwriting we seen from the band to date, and is one of the strongest follow-up albums we’ve heard in the past several years. This is even more proof that Chevelle continues to get better with time, as it’s kinda difficult to imagine they’ve been around for a little over a quarter of a century.

Ad infinitum has released their sophomore album, and once again, it’s taking inspiration from a particular theme. This time the, band takes focuses on Vlad III, commonly known as Vlad the Impaler, also known as Vlad Dracula. Along with the songs, what’s great about this album is that it’s a concept that throws in various scenarios that are entirely open to interpretation. For instance, is it about Vlad the III? Or the madman, Vlad the Impaler, perhaps even Bram Stoker’s Dracula? No matter the story, something phenomenal about the songwriting, in particular on this album, is that the songs also standalone as all-around tracks and that you don’t necessarily have to tie them to any story. An excellent follow-up from a band that has been killing it.

One could write a doctoral thesis style of review while trying to explain the complexities of their music, but at the end of the day, it’s best summed up by just saying it’s absolutely amazing. Masvidal has kept the project going, and the latest release is undoubtedly the best progressive album of the year. The band is one of the most important and influential acts in progressive metal. After a very difficult 2020, being able to pull out another excellent release is something the fans needed.

Aephaneme is back with a new album this year, and this time they decided to turn virtually everything up to 11. The melodic symphonic death metal band tested some fresh waters on this release, and boy, did it pay off. This time around, vocalist Marion experimented with some classical singing mixed in with her brutal growls. Her high vocals sound angelic, and what’s even more impressive is the fact that this year in an interview, she told us she’s only been training in the style of singing for just a year. “A Dream Of Wilderness” is extreme metal that becomes classically aggressive, and death metal becomes brutally beautiful.

In what has to be one of the greatest comeback stories in metal, Anette Olzon released her new solo album, Strong, which is an absolute headbanger. There are infectious hooks and choruses, but what was a real treat is how heavy the album is. Of course, many of us here at the site are fond of what she did on’ Imaginaerum”, but for us, this has to be the strongest material from her yet. 2021 was a year filled with pleasant surprises, and this one was the best.

There are several categories that Edge of Paradise could be placed on this list. Still, something they’ve always been able to bring to the table is an excellent industrial album, and for 2021, The Unknown is thoroughly the best. There were so many memorable tracks on this album, each of which was so good I can imagine it wasn’t easy to choose a lead single and singles in general. It is a great concept album that does not need to be listened to in any specific order, as these tracks do stand out on their own. Also, “My Method Your Madness’ has a pretty industrial-heavy remix as a bonus, which is even more of a great addition to the industrial side of the album. 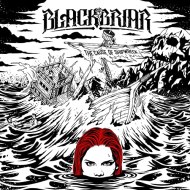 The Cause of Shipwreck – Blackbriar 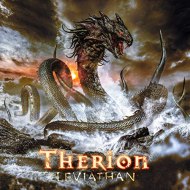 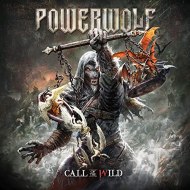 Call Of The Wild – Powerwolf 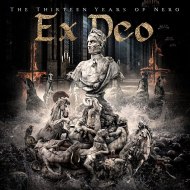 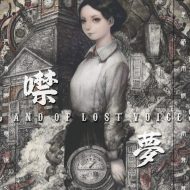 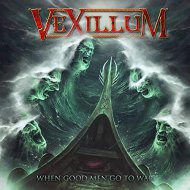 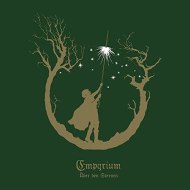 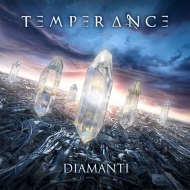 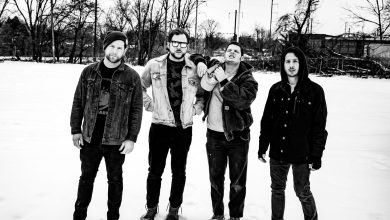 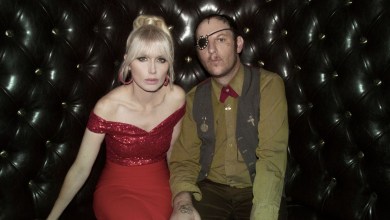 Premiere: Kate Clover Covers “These Boots Are Made for Walkin'” 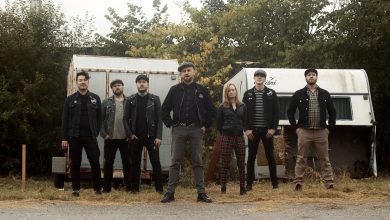 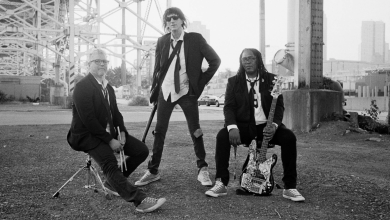