2020 has been nothing short of a horrific year. The music industry was quite possibly changed forever due to the pandemic, we saw tours and festivals canceled, and as of now, live shows seem to be a thing of the past.

However, this year ( especially in metal), we saw some big releases, impressive debuts, and the return of several bands that had been on hiatus for decades. Overall for albums, 2020 was rather impressive. And once again, as the year comes to a close, (thank Odin) we take a look at the best releases as we do every December.

Album of the Year: Abyss – Unleash The Archers

Canadian power metal act Unleash The Archers put out the second part, and the conclusion to their follow-up 2017 release, Apex this year. Not only does it offer a great sci-fi/fantasy story, but the band does some bold expanding into their sound, with even a touch of folk metal and rich cinematic sounds. It’s been quite the journey, and really fun watching this band explode in the way that they have. Their fan base is ever-increasing, their music, which was already top-notch, just continues to impress and get better and more creative. Abyss is about as close to perfect as you can get for a power metal album, and beyond.

For many, Finntroll has been seen as one of the “big four” in modern folk metal. After what seemed like an exhaustingly long wait, the band released their seventh studio album ‘Vredesvävd,’ via Century Media Records, in what was one of the most anticipated Folk Metal albums in recent memory. The album features that same Finntroll sound that we all love, along with few subtle hints of something new. It’s dark, heavy, and atmospheric, and we thank the troll Gods they are back.

Garmarna is a name that we’ve heard over and over again and is one of the biggest influences across all Folk related genres. Be it folk rock, folk metal, traditional folk and folktronica, their name comes up for many bands as who they took inspiration from. Their latest album, ‘Förbundet’, is a blend of traditional material mixed in with some original concepts. The band looked to medieval and murder ballads and Estonian chorales for inspiration, and with that, they produced the most phenomenal Dark Folk release of 2020.

Often, bands seem to be judged on whether they can evolve their sound and bring something new to the table. What’s even more difficult at times, is for bands to try and rediscover their roots while remaining innovative. Varg seems to have smashed the table with a set of new, but yet familiar drinking horns. The band returns to their pagan roots while giving us something unexpected and different. Zeichen has been one of the biggest and most pleasant surprises for us in 2020. It’s an excellent album that is, hopefully, setting the tone for what the future holds.

A follow up to what we viewed as a 10/10 album in “Prophecy Of Ragnarök”, Brothers of Metal put out another stellar release in Emblas Saga. The band has a bit of a unique approach when it comes to power metal. Sometimes, power metal bands will present themselves as serious, but their music comes off as a bit cheesy, which isn’t a bad thing. Brothers of Metal, however, have flipped this somewhat with an over-the-top presentation, with some seriously good music. However, they do find themselves in the dairy section from time to time, which is what we want in our power metal.

Quite possibly the band’s most impressive release to date, symphonic folk metal act Leaves Eyes “The Last Viking” is an album with exceptional storytelling, remarkable vocals and produces some much-needed originality in the symphonic scene. It’s also now going to be difficult to appreciate any albums closing song that isn’t the 10-minute banger that is the title track. We just had to throw that in there because, wow, what a way to end a record on a high note. (no pun intended)

Best Concept Album: Movie Hits Of The 80’s – At The Movies

Perhaps no other album can sum up 2020 better than ‘Movie Hits Of The 80’s’ by At The Movies. At the movies is a project featuring members from Soilwork, King Diamond, Hammerfalll, QFT, and more. They started the project in quarantine during the pandemic and decided to cover songs from various movie soundtracks. Those same movies from our childhood, and those same movies that we were probably watching with nowhere else to go. It’s fun, the song choice is great, and it’s nice metal up your nostalgia. Personally, when they kick off their 90’s soundtrack covers, I’d like to see them record a version of ‘King of Wishful Thinking.”

Yes, you’re reading that correctly—Nightwish for best “progressive” album. While the band certainly has not abandoned their symphonic roots, and ultimately that’s what you could define their genre as: the fact is, for the past couple of years and releases, they been a hybrid symphonic / folk / and somewhat progressive metal act. Their latest album highlights this even more. This album is a journey, a human epic, a snapshot of humanity. It is a well-crafted work that we absolutely loved.

What initially started as a solo project from vocalist Melissa Bonny, would soon expand into something much larger. Melissa has always been on our radar with her folk metal project, melodic death band Rage of Light, and so on. She wanted to create something for her own, which was a bit symphonic and a bit power metal, and the band has delivered a remarkable debut release. And while there is now an equally as impressive acoustic release, we’re looking forward to the next chapters the band has yet to write.

Danheim is a Nordic folk/Viking inspired project from the Copenhagen-based Danish producer Mike Olsen; who has completed the not so small task of releasing his eighth studio album titled “Skapanir” on March 20th 2020. This album from beginning to end is evocative of everything primal and Viking. As fans of folklore and Norse mythology will certainly appreciate all of the references and use of traditional instruments. Skapnir is a great release and yet another fine addition to Danheims body of consistent and amazing work.

Oceans of Slumber’s self-titled release is quite a multifaceted album. There are many heavy and slow parts, with some rather dark lyrics, and complex elements that seem to have been inspired by doom, death, and black metal. This is a record that was released in early fall, and with how much music we have to listen to (which, already your average person seems to consume it at an alarmingly fast rate) to us, it still feels quite fresh and new.

Amaranthe seemed to have been drawn to the idea of adding more layers to their sound. Their 2020 studio album, “Manifest,” which is their first release via Nuclear Blast Records, is yet another step forward for the group. This time around, the group managed to stay true to their iconic melodies and massive arrangements. However, they brought a new cinematic depth to their sound, taking off from where they left off with their previous studio work, “Helix,” but taking that aesthetic to a whole new dimension.

Body Count breaks out with one of the most passionate, empowering, thought-provoking, hard-hitting, and beloved metal albums of 2020. The riffs are heavy, the songs are hard, and Ice-T , as he always does, absolutely kills it. It isn’t easy to describe this album in one paragraph, as there is a massive amount of high points. What we can say, this is one of the best bands in the metal scene today, and Ice-T is just a jack of all trades, master of all trades. Also, he has quite possibly the best Twitter account.

Æther Realm has delivered the best melodic/death metal album of the year. While the guys do still stay true to their folk metal roots ( going even further with a western folk metal anthem, which is the album’s title track) they are pushing the boundaries on what the band is, even further. There’s a mix of great rock anthem’s, with some clean, and of course, harsh vocals, and something fresh and different with tracks such as the much loved “Guardian.” RVFH is another big win for the guys. Shoutout to the TMHC.

Dance With The Devil is hands-down the best album that we’ve ever heard from Burning Witches, and obviously the best heavy metal album of 2020. It is filled to the brim with non-stop pure heart-pounding aggressive tracks, and to the point of being reminiscent of some of those classics metal acts we grew up loving in the 80s. Guldemond’s vocals are just furiously good, and the band’s musicianship is utterly outstanding.

Death Of The Cosmic’ is a five-track EP from death/doom that got our attention as being a top contender for best EP after just one playthrough. Since then, it’s gotten countless spins from us and has even topped a few of our Spotify wrapped list. The album is also quite emotional for us, as one of the tracks features the late Nature Ganganbaigal of Mongolian folk metal band Tengger Cavalry. All the tracks are phenomenal, and we’re looking forward to an LP.

The Best Folk Metal Albums Of 2020 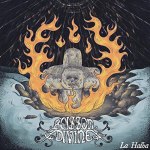 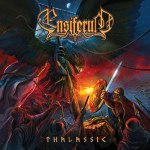 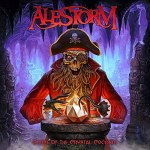 Curse of the Crystal Coconut – Alestorm 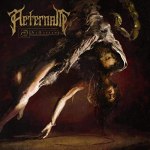 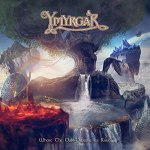 Where the Oak Drowns Its Roots – Ymyrgar 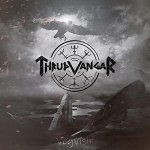 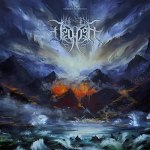 Thunder in the Mountains – Dzö-nga 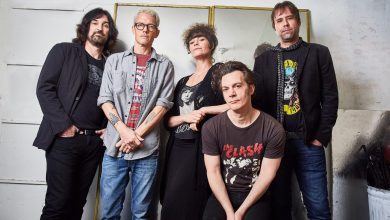 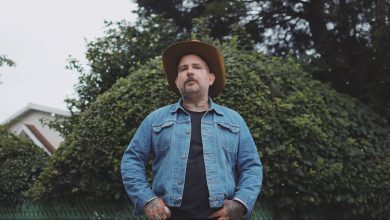 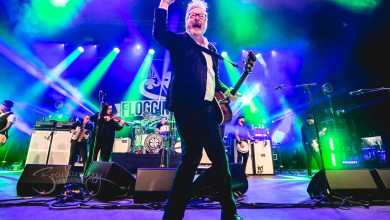 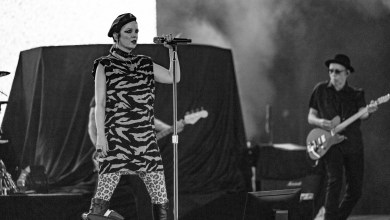