Finnish metal act Smackbound has officially released their first ever single and video, and it’s for their track, “Drive It Like You Stole It. The song is about empowering oneself and his encouragement to stop living in fear and defined your own strength.

The band started writing their own songs and founded also a cover band “Run for Cover” to be able to play together right away. They have played a lot of gigs with RfC and this way have been getting ready for Smackbound’s launch.”

The song was recorded at Sonic Pump Studios, mixed by Jesse Vainio and mastered by Svante Forsbäck/Chartmakers. The video was choreographed by Jari Saarelainen and Directed by Ville Juurikkala. 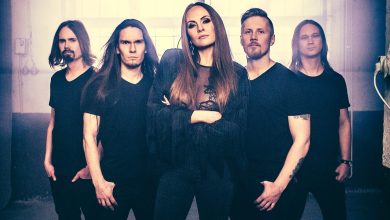