Though it sounds like a pretty accurate description of the current lockdown situation going on across the world, Sertraline’s new single isolation Is about something entirely different. The song was written back in November 2019 as part of the bands writing session for the upcoming EP Minds & Silver Lines.

The band members had no idea of knowing just how prophetic the lyrics of their new single would end up becoming. The Song includes timely lyrics, massive riffs, and a gigantic breakdown. The band has also released a lyric video for Isolation, as a full video had to be delayed due to the UK lockdown.

I’m really looking forward to playing this one live. It’s like a bear; lovely to look at from a distance, but get too close and it’ll rip your face off. We’ve spent most of the past few months imitating Owen Wilson saying “Wow” over the bends. WOW. WOW WOW. WOOOOOOW.

Isolation is the second single to emerge from Sertraline’s new EP Clouded Minds & Silver Lines, which will be released on the 15th of May. 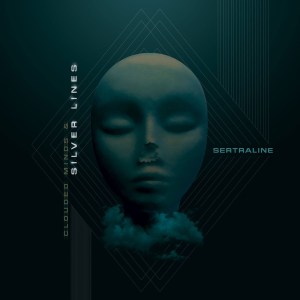 Pre-orders for the EP are available through Sertraline’s kickstarter campaign. The kickstarter is finishing soon, so any support anyone can afford to give the band will be enormously appreciated.