Today, Canadian indie rock quartet No Frills are announcing their debut LP, downward dog, which will be released on April 1, 2022.

The project/record is the result of the pandemic and was started by Daniel Busheikin as a bedroom-pop project that was then brought to life by a band of familiar faces in the Toronto independent music scene, including members of Hooded Fang, Twist, Rapport, and his own previous band Grounders.

Along with this announcement, we are premiering the band’s first single, “I Don’t Wanna Be Your Dog Anymore.” Daniel Busheikin comments on about the track by saying:

Reading anecdotes about Iggy Pop in Please Kill Me (super fun oral history of early punk) makes me picture a wild Iggy, crawling on all fours, shirtless, sweaty, intense, possibly bleeding, etc., and it occured to me that I’m the total opposite of that person.

In “I Wanna Be Your Dog” Iggy is recklessly throwing himself into sexual and physical domination. In my opposite universe it would be ‘I Don’t Wanna Be Your Dog Anymore,’ where I’m pathetically trying to weasel out the doggy door. So I thought that was kinda funny, which it probably isn’t, but beyond the reference this is a playful but sincere lamentation about being obedient and submissive.

No Frills · I Don’t Wanna Be Your Dog Anymore

When Toronto shut down in the spring of 2020, Busheikin descended into his basement and encircled himself with guitars, vintage synths and a nest of guitar pedals. Six months later, he emerged with fifteen demos and a vague plan.

Given that recording with a full band was no longer on the table, Downward Dog began by tracking only drums and bass to tape in Gavin Gardiner’s (The Wooden Sky) garage-turned-studio. With the digitized stems from those sessions, Busheikin started assembling the album in piecemeal.

Bandmates Maddy Wilde (keys, vocals), Jonathan Pappo (drums), Matt Buckerrough (guitar, bass) and Mike Searle (bass) would sporadically drop in to record various riffs and rhythms and provide feedback. In lieu of a sensible engineer or proper recording equipment, Busheikin found himself leaning into bizarre production techniques. To get the ideal right vocal tones, for example, he sang wearing a KN95 mask into a microphone with a toilet paper tube taped to it.

The result is a memorable collage of lo-fi pop that filters themes of depression, despair and death through a sardonic sense of humor. Jangly indie rock and intimate ballads are woven together by warm analog production and a uniquely whimsical defeatism. “Ice Cream Cone” channels 50s crooners, while ”I Don’t Wanna Be Your Dog Anymore” bobs along under a 90s college rock raincloud.

Keyboardist Maddy Wilde takes lead vocals for the Stereolab-esque “Copy Cat,” a sugary number with gurgling synths. When the record draws to a close with the lo-fi lullabye “Pancake,” Busheikin tenderly offers a overtly simple reflection to conclude the journey: “that’s just normal life / it is nice / and it’s sad / and it’s the only one you have.”

MORE ON NO FRILLS

Therapists are very expensive. But writing songs is free.

That’s why Daniel Busheikin started No Frills, a bedroom-pop project brought to life by a band of familiar faces in the Toronto independent music scene, including members of Hooded Fang, Twist, Rapport, and his own previous band Grounders.

With songs about life, love, death and depression, the premise is bleak. But when imbued with Busheikin’s sardonic humor and wry self-awareness, the music is playful and inviting, tracing the whimsical desperation of someone trying to eke out a drip of optimism.

No Frills’ forthcoming debut LP Downward Dog (out April 2022) is a “pandemic record.” When Toronto shut down, Busheikin channelled his newly-acquired free time into writing songs and recording them piecemeal. Drums and bass were tracked to tape at Gavin Gardiner’s (The Wooden Sky) garage-turned-studio, and the rest in Busheikin’s basement where, in lieu of a proper engineer or high-end gear, Busheikin was creatively DIY. To get his ideal vocal tones, for example, he sang through a KN95 mask with a toilet paper tube around the microphone.

The result is a memorable collection of lo-fi pop, ranging from angular indie rock to intimate ballads, woven together by warm analog production reminiscent of 50s crooners and early 60’s pop.

No Frills has supported acclaimed US indie acts Chris Cohen and Jerry Paper, as well as local favourites like Kiwi Jr., Nyssa, and Ice Cream. They showcased at Pop Montreal 2019 and were slated to perform at (the canclled) Sled Island 2020. 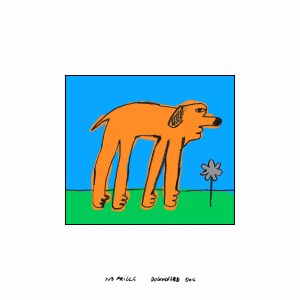