Today we’re bringing you the debut single, ‘No Vision’, from Guy Blue. Guy Blue is the music project by Brooklyn-based songwriter and producer Jack Ladd, and the track is from his forthcoming debut EP, ‘Arms Wide’, which is due to be released on June 3rd, 2022. The song will be released officially tomorrow on January 6th, but you can check out this first listen for now.

The song is based on a character haunted by self-destructive urges, somewhere between Stephen Malkmus and Tony Soprano. This tension is played out on the track featuring an incongruous patchwork of guitars, drums, and samples, haphazardly stitched together and fraying. Ghostly International’s Chester Raj Anand (aka Lord Raja) lends production.

Ladd comments about the track by saying:

“I wrote No Vision when I was knowingly making a lot of bad decisions in my life. I was trapped in a self-destructive loop, and that spiraling momentum definitely found its way into the track. I think it’s a story a lot of people will relate to.

We’re all compelled by destructive urges that have real consequences for those around us. There’s a reference to Tony and Carmela Soprano in the track. In the Sopranos, we see the horrifying consequences of Tony’s impulses, and yet he’s still an incredibly compelling and relatable character. I think it’s because seeing those darkest desires played out allows us to reflect on our own urges and actions. I hope the track accomplishes something similar.

Guy Blue is a music project by Brooklyn-based songwriter and producer Jack Ladd. Ladd creates strangely danceable music by leaning into the fictive worlds we create for ourselves, drawing particular inspiration from the sonic and visual landscapes of 90s video games like Zelda and Pokémon that Ladd played during childhood. But rather than the melodic, 8-bit chiptune that you might expect, Ladd channels anxieties rooted in his relationship with video games, which has ranged from escapist enjoyment to something like addiction. If the original games suggested pleasant dreams, Guy Blue’s tracks are more like the nightmarish science fiction of Philip K. Dick and William Gibson, brought to life with the melodic yearning of Porches, King Krule, Alex G, and OTTO.

Ladd studied music at Wesleyan University, where he formed and fronted raucous indie rock quartet all-caps LADD, which quickly developed a devoted campus following. The group released two EPs and an LP, and went on to play showcases at SXSW and Sofar Sounds. Guy Blue marks Ladd’s transition to electronic music producer and solo performer. Ladd maintains his strong melodic pull, a hallmark of his songwriting, but is now free to explore a new palette of sound. The result is playful, jarring, and gloriously sad. 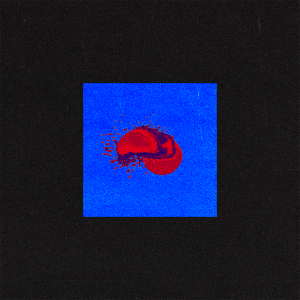