L.A. Witch are at the end of their current U.S. tour, and when they stopped by Detroit, I had to see the show.  I also wanted to catch up with them about everything that’s been going on, including the inclusion of a brand-new member and guitarist, Lauren.

Shortly before the show, I had the privilege of meeting Lauren, and they spoke with me about this new experience and what it has been like for them. They also gave me a few details about and what the future holds in terms of more touring and new material.

Hey, Thanks for speaking with me. I’m here with L.A. Witch, Ellie, Irita, Sade, and your new member, Lauren!

Sade: Yeah, This is Lauren, who plays guitar, and she is also in a band that will be joining us on our upcoming West Coast tour in January.

That’s awesome! It’s nice to meet you Lauren, and how has touring been going with this prestigious band?

I’m really happy you guys are back on the road. I know with Covid you’ve missed a year of touring, with the release of a new album, which was amazing and went on our list as one of the top albums of 2020. But how’s everything been going, with being back on tour and promoting the album?

Irita: It’s been really exciting for this tour because we have a fourth member, and we haven’t been playing with the fourth member since the beginning. So it kinda makes all the shows a little more exciting, a little different. So it’s been cool.

How do you find it sharing the stage with another guitarist?

Lauren: I think it’s fun. Our sounds are different enough that they complement one another.

So you’ve been enjoying having another element and layer to the three-piece?

I’ve only seen you perform as a three-piece, when you opened for The Kills, six years ago at St Andrew’s. But I have been following you, and it’s been great seeing some videos of Lauren with you, and it does seem to add another dimension. What’s it been like in terms of touring with the new member, because for so long, it’s just been the three of you?

Music-wise, it’s cool, and we have the same interest, the same sense of humor, she has the same birthday as Ellie, so we have two Cancers in the band! Obviously, it’s nice for us to spice things up. It’s fresh. We’ve been in this relationship for a really long time, and sometimes you gotta spice it up. We’re on that level right now. So we will see what happens in the future, and hopefully, things will get even spicier! (laughing)

When did you decide to add a fourth member, and how did you go about doing so?

Sade: When we started, we were originally a four-piece. We were never able to replace that second guitarist.

Irita: Though we did play with a few people.

Sade: Yeah, We did, but it is hard to find someone that’s on your level. Because we get along musically and on a personal level. You’re going to be traveling with this person in very close spaces. Someone showed me Laurens music page, and I started following her, and I noticed that we had a lot of the same interests, and not just music. She skates, she rides motorcycles.

So we were just hanging out, and I asked her if she was down to play guitar or jam, and she was, so that’s kind of how that came about. Everyone was on board, and we started working together, and it was a really cool and kind of a challenging experience.

Because that’s something that I’ve never done, I’ve never worked with another guitarist. So it’s been a learning process, but a cool learning process. And it’s really cool because we have her band who will be opening for us on tour, so we’re all one big happy family.

Creatively what is this doing for you? Does this make you want to write a new record, or is that something that you’re actively doing now?

Ellie: Before Lauren joined, the three of us were starting to work on a few new songs. So we do have a few things in the making, though the four of us haven’t had a chance to discuss anything new.

Sade: But we will see what happens. It’s been inspiring to work with her, and it’s also been inspiring to tour with bands like The Black Angels and All Them Witiches. So that been another thing, just watching those bands every night. You get a lot of inspiration from that as well. I think when we come home, we will have a lot of ideas and things to work with.

How far into this tour are you currently?

Irita: We only have three more shows left, then we are going to be heading home for Christmas.

Ok, well, I hope you have a great show tonight. And thank you for speaking with me! 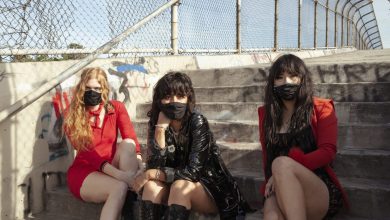 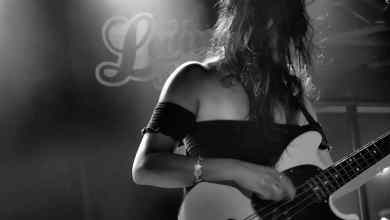