Gold selling and Grammy nominated hard rock act Killswitch Engage have released a new song and video for “I Am Broken Too.” the video features singer Jesse Leach’s handwritten lyrics.

The song is featured on the band’s eighth album Atonement, which will be released on August 16, 2019 via Metal Blade Records. The album is currently available for preorders via the metal blade record store.

The band will also be doing exclusive in-store performance at Amoeba Music Hollywood on August 14th at 5pm PT. Listeners will be able to purchase the album and also get guaranteed admissions and also a limited-edition “Live at Amoeba” poster.

Killswitch Engage also be performing a special show at The Space in Las Vegas on August 13. Tickets are now on sell for that event via thespacelv.com

Killswitch Engage are currently on tour with Clutch (see dates below). Fans attending the dates with Clutch will be able to purchase a limited edition laminate containing a unique code to receive a CD copy of the new album Atonement delivered to their front door on or just prior to the August 16th release date (may not apply for some of the festival dates).

Atonement track-listing:
1. Unleashed
2. The Signal Fire [Featuring Howard Jones] 3. Us Against the World
4. The Crownless King [Featuring Chuck Billy] 5. I Am Broken Too
6. As Sure As the Sun Will Rise
7. Know Your Enemy
8. Take Control
9. Ravenous
10. I Can’t Be the Only One
11. Bite the Hand That Feeds 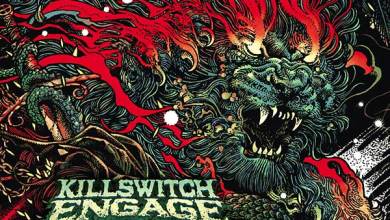