Swiss melodic folk metal act Infinitas, has released a video for their song Avnas. The track is taken from the bands concept album Infernum and Avnas is about the “inner fire”, the passion to do something and the urge to achieve something.

AVNAS – in mythology a demon in the form of fire, who discovers new treasures and knowledge of the human soul. The perfect demon to describe what INFINITAS has to say through this song: When you have the sensation of a burning fire within you that longs to change something in the world – go and follow that feeling. Only the brave succeed. If you don’t dare to do something, you’ll never know if you succeed. INFINITAS has an inner fire within them that pushed them toward new goals and visions. Looking forward, they get up when they’re knocked down to the ground. This courage, will, energy – THIS SONG – goes out to everyone in self doubts.

The band is currently crowdfunding their upcoming new studio release, which you can check out and support at https://wemakeit.com/projects/infernum 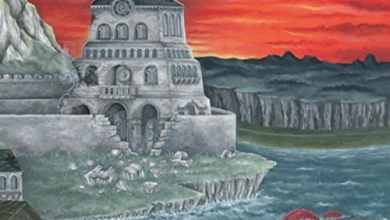