Folk metal act Harpyie and singer / hurdy gurdist Annie Hurdy Gurdy, have put out a cover of “Toss a Coin to Your Witcher,” a song which refers to the the Netflix series, ‘The Witcher.’

‘The Witcher.’ is a show based on the novel series by the same name, written by Andrzej Sapkowski.

“It’s the most annoying thing I’ve ever heard. It’s so catchy.” “Everyone’s been listening to it for a week or so now, and humming it. I’ve had that in my head for eight months.”

Harpyie will have their cover available on all major streaming services, January 24th. Harpyie latest full studio album, Aurora, was also recently chosen as one of our Best folk metal albums of 2019. 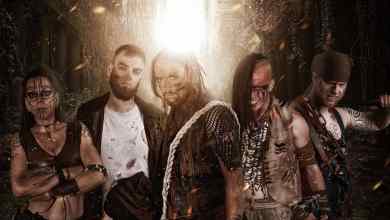