Finnish based Celtic folk rock act Greenrose Faire, have announced that they have released their 10th anniversary compilation album, “Decade of Songs and Stories” The album features band members favorite tracks from previous records including Neverending Journey, My Home Is Where My Heart Is, and ja Feed The Flames. The only new song on the album is the opening track titled, “Cold Winds Are Rising,” which is also expected to be featured on the bands upcoming brand-new fourth album release.

The album is available on Friendly Folk Records, My Music Matters-MT and is also available for purchase on the official Greenrose Faire web store. Those who purchased the album will also get access to the songs sheet music. You can view the full track listing below, and a link to the web store where you can purchase the new record. 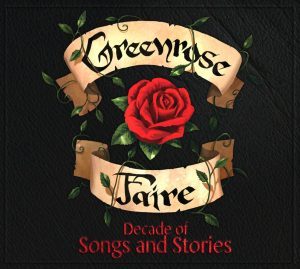