Today we’re bringing you the exclusive premiere and the fifth single from melodic doom/dark rock singer-songwriter-artist Iva Toric. The track titled “Goodbye,” is from her upcoming debut album ‘The Devil’s Mark’, which releases tomorrow, October 30, 2020. Pre-orders and pre-saves for the release are available at the following link.

“Goodbye” is a lyrically powerful and emotional track as it deals with the topic of mental health, in which the song is written from of a letter that is a literal cry for help. The thought-provoking piece perfectly balances the subject’s seriousness while giving a musically pleasant listening experience of angelic vocals and heavy soundscapes.

Iva comments about the origins of the track by saying:

I was inspired to write this song after learning some heartbreaking details about the tragic suicide of a thirteen-year-old boy, We have a mental health crisis in the United States.

There is still a stigma against mental health conditions and treatment is rarely affordable if it is available at all. I have personally been impacted by suicides of loved ones and have suffered with suicidal thoughts myself. This song is my reflection on this darkness.

The hunting video was directed and edited by Myles Erfurth, Stained Glass Eye Entertainment, and produced by Erica Palefsky. Erfurth previously worked with on Iva on her debut single “Dark Side of Me” released in January, which reflected on her lifelong struggle with mental health issues and depression.

“’The Devil’s Mark’ was born out of curiosity and exploring what I didn’t know was possible,” says IVA. “It’s my debut solo album after working in other bands and playing music non-professionally for many years. I wanted to see what I could create and how my art would impact others. I was hesitant to release this music into an uncertain world amidst a pandemic, environmental disasters, and social unrest, but now more than ever we need music to bring us together and soothe our souls. I have hope for the future–uncertain though it may be–and I hope ‘The Devil’s Mark’ finds its place in your hearts amidst the chaos.” 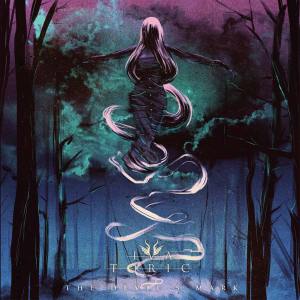