Today we’re thrilled to bring you the exclusive premiere of the latest video from Ontario based indie rock act, Radio Free Universe. The track “She’s High Again,” is from the bands upcoming album, “Love,” which is expected to be released in early 2020 on Jetpack Records via Creative Entertainment Network. The single is also available on all major streaming platforms which you can check out here.

I had a friend who was married to a drug addict. The song is relating his experience of his time with her. Producing the song was reminiscent of the characters in the song. Like the girl who was chasing the high or the boyfriend who was chasing the high of her.  We were chasing this sonic perfection and we weren’t sure we were going to find it. This is one of those rare cases where I’m sure we found it and it’s euphoric.

The video is really very simple. It shows an example of the life our female subject was into. Wake up, get high, do something crazy, rinse and repeat.”

Our album Love is scheduled for release in 2020. These are songs that took me a great deal of time to come to terms with both emotionally and musically. Each song explores a different facet of the love experience. Thus, the title.

About By Radio Free Universe 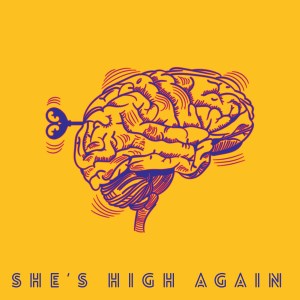 We live in a world where everything, including music, is itemized and made into a genre (indeed the sub-genres grow daily!). Radio Free Universe is showing how to break through those divisions and creating a sound that lives in all of us.

The musical journey of RFU front man and primary songwriter George Panagopoulos has taken him on a long, winding path – from early days singing in musicals and opera to the study of Sufi singing and a delta blues rite of passage. It has taken him from fronting reggae bands to producing hip hop; from assisting some of the biggest names in music production in L.A. to founding a new studio in Hamilton that caters to developing artists.

After two albums of electric guitar-fueled rock – collections of songs that looked outward with penetrating insight and bravado – a tumultuous year of transition and self-discovery has led the band and its leader to look inward. These new songs of love, loss, and renewal were shaped by personal experience and real emotion. These are songs that remind the listener what it means to be human and why music matters.

Radio Free Universe On The Web