Today we’re thrilled to bring you the exclusive video premiere for “What You Get Is What You See” from New York-based singer-songwriter Jessie Wagner. With its charming acoustic rhythms and drums, this beautifully written song simultaneously seems like an apology/non-apology to those you care about while dealing with relationship growth.

Jessie comments about the video and its meaning by saying:

“This is an animated representation of knowing that you can continuously work on your personal relationships day by day, season to season. As long as the world keeps turning you can keep trying to be better.”

The song, which is now available on digital platforms here, is from her upcoming debut solo album, ‘Shoes Droppin'” which will release on October 9th, 2020 via Wicked Cool Records. While she has been a touring Artists for acts such as Lenny Kravitz, Chic, Duran Duran, Little Steven, and the Disciples of Soul, she is now striking out on her own with this diverse 11-track record.

She also spoke about the upcoming release by adding:

“It’s exciting to stand alone and see if anyone connects with (it). I’ve had some of these songs with me for years, but I was always waiting for the right time to put them out. It’s scary, because this is my voice, my words, just me. It was cathartic to get out some of that anger and sadness, but there’s also the presence of faith that it will all get better.” 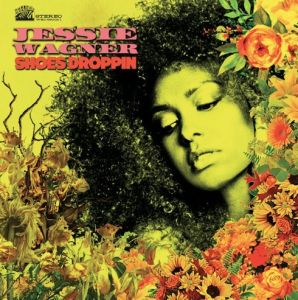 “I started the year with a record deal, and then shortly after, the world fell apart in so many ways,” Jessie comments on the COVID-19 pandemic. “I’m happy that I have this album to look forward to. It gives me some purpose and determination.

“This album really addresses every aspect of me as an artist. I don’t settle well in any box. I’ve hinted at that with my rock band Army of the Underdog. But this really shows my versatility – or my schizophrenia! I like that It’s honest and playful, with touches of hopelessness, but also the idea of redemption and faith.”

After singing for so many legends, it was a special treat to arrange and sing both leads and harmonies for herself. “That’s something I love doing. After talking to Dave [Diamond] about how I thought ‘What You Get’ sounded like a Paul Simon song, I asked a friend how to say ‘This is me’ in Swahili and it sounded so beautiful. Then I had to figure out how to sing it and make it fit with the song.”

The sassy soul of “Over And Over” already conquered satellite radio, to be followed in August by the girl group vibes of “End Of Time.” “Jorgen Kjaer sent me a piano idea and it made me want to write an Amy Winehouse type song.”

Future single “My Darlin’, My Dear” has a slow burn kind of feel. “I had Sharon Jones & The Dap-Kings in mind. It was this person begging to be recognized for her worth, and it needed to be bluesy and gritty.” Another projected single, “Passin’ Me By,” is propelled by those crucial Manion-arranged horns.

Pandemic conditions upended Jessie’s plans to tour on her own name this year. “That will be the dream realized,” Jessie says of the day when that will happen. In the meantime she’s doing live streaming shows and putting together several music videos and lyric videos within the constraints of social distancing. 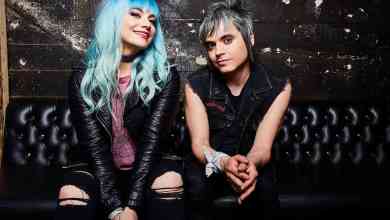