After waiting nearly a year for some new music, New Delhi Folk Metal act Bloodywood have released a new single and video, “Yaad”. “Yaad” (Hindi for “remember’ or “in memory”) is about the power of accepting the loss of a loved one and moving on.

The band spoke more about the meaning by saying:

The lyrics celebrate the permanent impact they have on us, reiterating the belief that we carry them in our best memories, no matter how far apart we may be. The music video is shot in between the snow-capped mountains of the Himalayas and urban India, the music video uses the bond between a man and a dog to highlight its message.

In spirit of the message, Bloodywood has partnered with the Posh Foundation (a non-government, not-for-profit animal shelter and rescue organization) and using the profits made on the very successful debut tour of Europe named “Raj Against the Machine” in 2019, purchased an animal ambulance van for the organization. This van will potentially help save the lives of 27,000 homeless animals in the National Capital Region of India over the next 5 years. 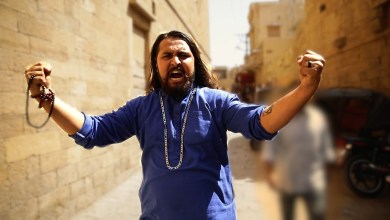