Rock ‘n’ Roll Hall of Famer Alice Cooper has announced the dates for his 2020 Summer North American tour. Cooper will be joined by Tesla and special guest, Lita Ford. Alice Cooper will be extending his “Ol’ Black Eyes Is Back” tour, which made its debut in the summer of 2019. The Summer leg of the tour will kickoff on May 30, and will wrap up on June 27 at the DTE Energy Music Theatre in Detroit Michigan.

It follows the 2020 Spring Lake of the tour which will begin on March 31in Niagara Falls, Ontario and runs through April 22 in Portland, Oregon. The April 1—22 concerts feature special guest Lita Ford and include several stops in Canada. All North American Alice Cooper tour dates are below. Tickets are now available. Tickets for all shows go on sale January 24, except for St Louis, which will go on sale shortly.

In other Alice Cooper news, the artist released his The Breadcrumbs EP, a tribute to some of the garage rock heroes from his hometown Detroit, last year via earMUSIC. Inspired by the city’s punk scene in the late ’60s and early ’70s, the Detroit-born icon returned to his roots and the raw garage sound his fans love. The Bob Ezrin-produced EP consists of six brand new recordings. Check out “Detroit City 2020” here or “East Side Story” here. Alice and Ezrin are also working on a full-length album that follows up The Breadcrumbs EP and is also inspired by the Detroit rock scene. 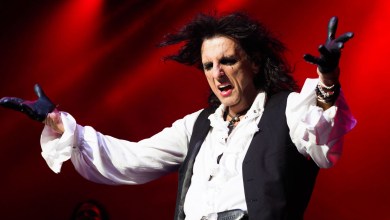