Los Angeles-based alternative electronic rock outfit Al1ce, have announced their new album ‘As Above’ ’along with an accompanying tour. Coinciding with the kickoff of their fall Halloween tour, this  will be the release of their first full-length album since 2018s the ‘“The Thirteenth Hour”. As above, is the first part of a double album that will be released on October 22.

The album represents a very special and unique chapter in the AL1CE’s history. The band had decided to hole up together at the beginning of 2020 in Joshua Tree to write for the next album….songs that helped them process grief, hope, love, loss, and life. At the time, they had no idea what the rest of the year would hold.

In support of their new album, AL1CE will embark on a southwest US tour. The tour will start on October 22nd. 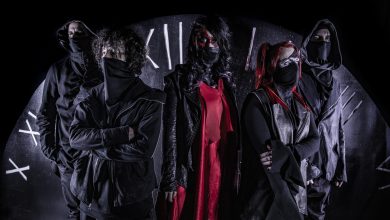 Exclusive Premiere – Check Out The New Video From AL1CE, “Electrical”