Adrian Benegas, composer, keyboardist and founder of the international metal project Tragul, has announced that he will be releasing his debut solo album “The Revenant,” on November 15th, 2019. Earlier this year, Adrian started the production of his most ambitious project: (the debut album) while writing all the lyrics, concept and all music by himself. The album also includes the participation of Ralf Scheepers (Primal Fear), Herbie Langhans Avantasia, Henning Basse (Firewind), Zuberoa Aznarez (Diabulus in Musica, Tragul) together with a base line up from Paraguay that includes Sebastian Ramirez (d) and Diego Bogarín (g and b, Tragul).

One very important feature of the Paraguayan’s debut album is that it’s a conceptual one with a profound meaning, about the tale of an unredeemed soul’s journey from the depths of its own hell to the edge of inner paradise, seeking self-realization. You can say this album gives an insight into the human journey itself, the ups and downs, finally finding the light at the end of the tunnel.

‘The Revenant‘ was produced by Adrian Benegas, and mixed and mastered by Jacob Hansen, except for track 1, “Servants Of The Death” which was mixed by Alberto Bravin and mastered by Maor Appelbaum. Artwork by Carlos Fides @Artside Studio. 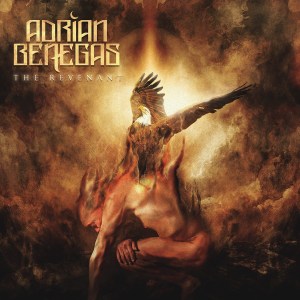