Switzerland-based folk metal group Abinchova have announced the title along with some more information on the third album, Weltenwanderer. The band says that the new record is already recorded, mixed, and mastered. Abinchova have also said that they had been planning the album since the summer of 2016, and the recording took place between May and July Of this year. However, in an announcement made on their official website, it looks like they are not quite ready to announce a release date.

Now that we have the finished album in our hands, we want to make sure that the release is right for everyone: first and foremost for you, our listeners and fans, but also for us, the people that have put countless hours into the “Weltenwanderer” album.
We need a bit more time to organize suitable release and distribution partners for the release, but also handle things like album design, promotional material, etc.

Therefore, we cannot give you a firm release date yet, since we want to make sure that everything is set and ready so that we can release “Weltenwanderer” without any compromises. 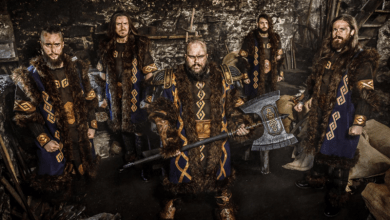