Slipknot is a band that doesn’t need an introduction. They are one of the few acts who were able to reach a mass market with a sound that’s incredibly extreme, hard-edged and shocking. Their iconic horror aesthetics and masks also helped shape the band’s legend and legacy, but the group is far from being just a bunch of poser. These guys can play, and if you ever had the chance to catch them on a stage, you’re probably familiar with the massive wall of sound they can put up.

Some people on the scene have discounted Slipknot as a gimmick act, but in my opinion, the criticism is quite unfair. Just because an act was able to write catchy songs that reached a mainstream audience, it doesn’t mean that they have lost something in terms of integrity. On the contrary, it seems that the members of Slipknot are particularly aware of the band’s legacy, even if it means waiting for quite a long time in between albums. Their live shows are just as focused as their albums, but there is more of a raw dynamic that seeps through, often in the form of noise interludes between tracks and audience interaction.

Slipknot’s show is a very physical one, due to the demands of the music and its pace. The band members bounce back and forth around the stage, frantically spinning around as if they were possessed by demons.Ultimately, Corey Taylor and company still proved that they know what they’re doing and that in spite of them buying busy with other side projects, they still have a lot to say as members of Slipknot! 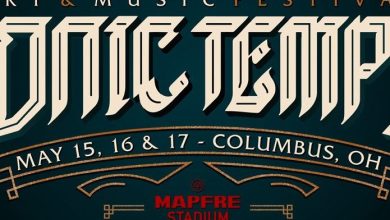