Lacuna Coil is a band that has acquired a near-legendary status over the course of a few years. Their music reached out far beyond the metal scene, as the name of the Italian group became known to mainstream rock audiences as well.

Needless to say, there are a lot of expectations involved with a Lacuna Coil show! In spite of a few line-up changes throughout the span of the last few years, the band sounds as tight as ever. Vocalist Cristina Scabbia has a really iconic stage presence, and her ability to convey emotions through her music is absolutely mind-blowing.

The gothic undertones of the group’s music come through on a stage as well. Lacuna Coil’s music is hard-hitting and aggressive, but also atmospheric and cinematic, making for a really distinctive combination of instinctive grit and sophistication.

Throughout the band’s most recent string of shows, the group is actually switching it up with their setlists, playing fan favorites, as well as tracks that have never been performed before on a live setting.

The group’s theatrical are as big and cinematic as their sound. When the band hit the stage, they aren’t just mailing it home. They’re giving it their all, and they are absolutely working their hardest to create an unforgettable experience for their fans.

From the elaborate outfits, to the design of the stage and the execution of the song, everything really hits the spot, making for a really great experience. This is more than a rock show, and more like a narrative experience, fueled by great performances and iconic songs.

Cristina dominated the stage like a true Queen, as the audience witnessed to the show, completely spellbound. While such a charismatic front woman, definitely steals the show, the other band members certainly deserve some praise. They keep up with the energy of the performance in much the same way, making for a unique experience.

There is definitely a reason why Lacuna Coil is held in such high regard, and the quality of this show is definitely a strong testament to their powerful chemistry as a group.

Their 2018 dates have been positively received everywhere, with fans and critics alike raving about the consistency of the band’s shows across the globe. 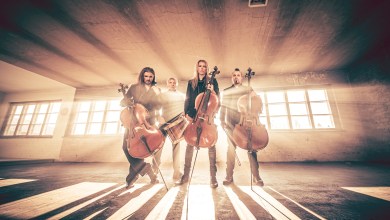 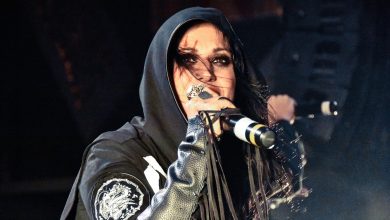 Lacuna Coil In LA – An Interview With Andrea Ferro