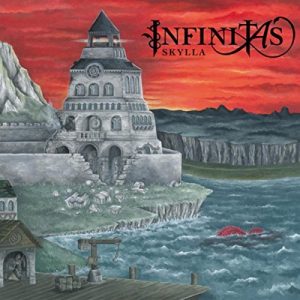 Infinitas is a band that was started back in 2009, when Piri Betshcart teamed up with Selv Martone. This was to become the beginning of a fruitful musical partnership, which would pave the way to a new, incredible project. Realizing their chemistry, the two set out to create groundbreaking music together, inspired by genres as diverse as heavy, thrash and folk-metal. Aided by email vocalist Andrea Boll, the band truly came into its own and developed a very distinctive sound.

Their most recent release, “Skylla”,is a single that immediately strike for their quirky and distinctive melodic approach. The title track, “Skylla,” is a perfect example of the sound of this release. The guitars are creamy, lush and overdriven, just like classic rock and roll amps to the absolute brink of saturation and power output distortion. The low-end is tight and focused, making for a truly perfect match with the drums, which are scooped and aggressive, in the style of classic heavy metal drum recordings.

The songwriting is particularly interesting, as the melodic aspects of these songs are perfectly balancing the most aggressive side of the band. The folk-inspired instrumental arrangements also lock in perfectly with the most metal-driven side of the band, showcasing the versatility of these performers and their incredible ability to combine different compositional philosophies under one roof.

The song is featured within the band’s full length album ‘Civitas Interitus”, another milestone in their excellent career. The album is driven by a thrilling story concept, which uses the band’s diverse musicianship and ability to create different sonic soundscapes in order to share a truly powerful story with their audience, creating an immersive experience into a fantastic world, populated my mythical creature, demons and Middle Age aesthetics.

One of the most amazing aspects of this particular release is certainly the fact that the group was able to build a really strong set of aesthetics, which is not something every musician excels at. In some ways, the member of Infinitas are a little bit like acting performers, because they seem to be able to bringing characters and stories to life with their music, much like an actor can truly breathe new life into a role or a narrative arch as well.

There is something truly special about music being able to convey a powerful story, especially when this music is so diverse and multi-layered. The band swings in between their metal edge and their folk influences, and each side of the spectrum could be considered as a powerful “musical narrative” tool, which really adds to the depth and weight of each track. At the end of the day, Infinitas makes music that is meant to be enjoyed with your ears, your heart and your brain…just add a healthy dose of head-banging and folk stomp dancing!

The great thing about this release is that it would certainly appeal to all fans of folk-metal, but it could also become a fantastic “point of entry” for people who really enjoy other forms of metal, from thrash to classic heavy! 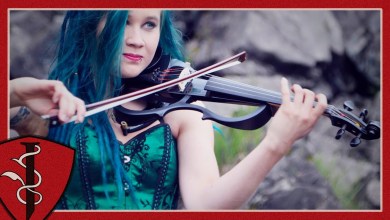