Quebec based Celtic rock/ punk band Bodh’aktan, released their first English Speaking album in October. We talked with the band about the album, and everything from their background, inspirations, and what the guys have in store for the new year.

Could you tell us about your individual musical backgrounds, and how the band met and began creating original compositions together?

Each guy in the band comes from a very different musical background: we have metal-heads, tradition bearers, punk rockers and jazz-lovers all mixed together in this stew. The core members met many years ago and came up with the idea for the sound and the direction of the band; the rest joined up along the way.

From the beginning, we knew the band would produce original material – we have too much stuff to say and we’re all extremely opinionated so that naturally comes out when we work together.

What life experiences and situations inspired the writing and recording of your latest album “Against Winds & Tides”?

The album is actually for the most part an English version of our first French-language album, ‘Au Diable les Remords,’ which came out in 2011. The songs themselves are a reflection of our connection with the traditional music of Quebec, along with the influences which shape our musical style: we wanted a sound which was loud, boisterous and foot-stomping, but which also incorporated the storytelling and folklore of our home. There are also four new songs on the album, including collaborations with Great Big Sea’s Alan Doyle and Fiddler’s Green.

Who are your biggest musical influences? Why do these particular artists inspire you?

It’s very hard to isolate particular bands because we respect great musicianship of all styles and try not to limit ourselves in our sources of inspiration. But we all love heavy music – Black Sabbath and Motorhead get a lot of airplay on our ipods – and we love traditional Irish music, old-style punk, world beat sounds like Gogol Bordello and the Dreadnoughts, and of course albums like Ashley MacIsaac’s ‘Hi How Are You Today,’ and the Pogues’ ‘If I Should Fall from Grace with God’ are classics of the genre, because they succeed so well in achieving the kind of stylistic fusion we’re after.

What can you tell us about the music scene in Quebec? How has the area influenced each of you as musicians?

Quebec can be a frustrating place to play, because it’s a relatively small population spread out over a very large geographical area, and we do a lot of traveling to get our music out there. That being said, the fans in this province are awesome and loyal, and the other musicans on the scene are great – there’s a huge spirit of cooperation, regardless of the style you play.

At festivals we regularly rub shoulders with rappers, R&B singers, popsters, you name it – and everyone is super-supportive of one another. One of the funny things about Quebec is that it’s a French community with a very proud tradition, surrounded by a very powerful Anglophone continent, and so we have a little bit of a siege mentality – we know we have to work together to keep the tradition alive!

What have been a few of your favorite live performance experiences so far?

Each show has something special, and often it’s a completely different thing: Playing for 35,000 people during the National Holiday celebrations in Quebec City was a rush, but so are our shows in sweaty clubs in the Magdalen Islands in front of 250 screaming maniacs. We played in Aoste, Italy, literally in the middle of a forest in the shadow of the Alps; we played a sea-shanty festival on the ocean front in a fishing village in France; but for us, it’s usually the connection with the audience which makes a show memorable.

We don’t really have any pretensions about what we’re doing: we’re not trying to change the world, or really to prove anything to anyone: all we’re trying to do is have fun, get drunk, play as loud as we can and share the experience around a bit.

How has the band grown through the process of releasing this recent album? Have you all sat down to discuss writing more material in the future?

The most growth has occurred around the mid-sections of all the band members…besides that, the new songs that we wrote for this album reflect a more cohesive approach: we’re trying to use the diversity of our instruments in a way that blends better and creates a more powerful sound. I think this shows on our second French-language album, which also just came out in Quebec: the songs are more collaborative and also a better reflection of the energy of the live show.

Can you give us a preview of the exciting things you’ll be working on as a band during the rest of 2013 and the early months of 2014?

For the most part, the rest of 2013 will be shows and promotional events to plug the two new albums, in both French and English markets. We have a bunch of TV and radio spots in the next few weeks, besides the official launches of the albums themselves.

2014 is already starting to book up with festivals and tours, and of course we’ll be writing new material along the way. Two of the guys in the band are also working on their future paternal skills, which is pretty exciting…we like the idea of building a new Bodh’aktan army from the ground up! 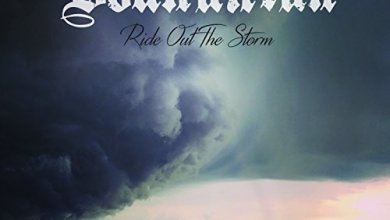 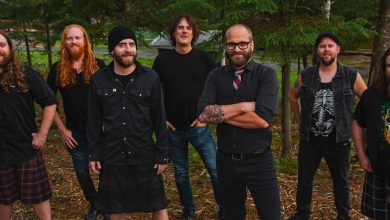 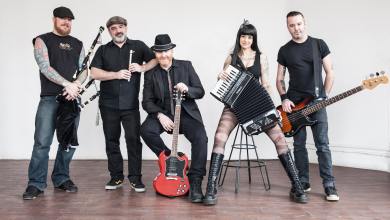 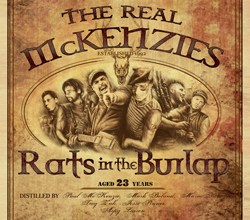 The Real McKenzies – Rats In The Burlap